He calls his "institutional responsibility" and remembers that he asked Pablo Casado for the same thing a year ago. 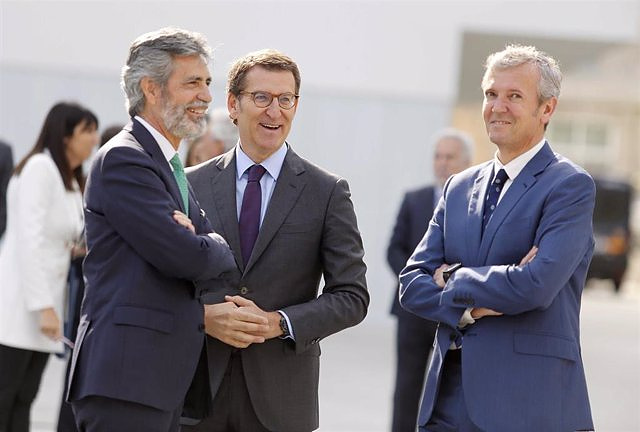 The association Judges and Judges for Democracy (JJpD) has demanded in a letter to the president of the Popular Party, Alberto Núñez Feijóo, to stop making "excuses" and "allow" the "necessary" renewal of the General Council of the Judicial Power (CGPJ ), in office since December 2018.

JJpD believes that the attitude of the PP, which "has prevented for more than three years with excuses of various kinds" the unblocking of the governing body of the judges, supposes "disregarding the Constitution and non-compliance with the law", since the article 122.3 of the Magna Carta sets the duration of the mandate of the CGPJ at five years.

Through a statement, the association of judges recalls that it already made the same reminder last year to Feijóo's predecessor as leader of the 'popular', Pablo Casado.

"A year later", JJpD has "the obligation to have to also remind" Feijóo, "who as the new president of the Popular Party knows better than anyone what is necessary for the renewal of positions," he indicates.

In the letter, the judicial association urges the leader of the PP to fulfill his "institutional responsibility", especially when he has been president of the Xunta de Galicia "for years" and knows how important "respect for democratic institutions" is.

"The Constitution has to be fulfilled and, now that it has national responsibilities, it should also take care to meet its provisions and abide by it," he claims, while reminding Feijóo that he said that the renewal would be addressed after the Andalusian elections.

Assume a responsibility, in the opinion of the JJpD, with which "the correct functioning of our constitutional system is facilitated, promoting with its cooperation that the CGPJ can carry out its work normally, separating it from this interim triennium to which its refusal to renew".