Podemos will continue "fighting" to convince the PSOE to promote a deep fiscal reform. 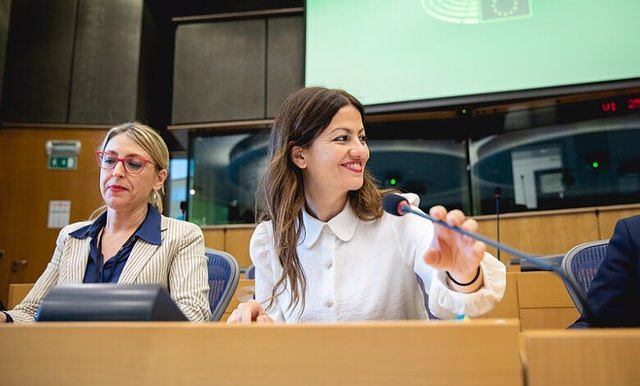 IU proposes that part of the extraordinary tax on electricity companies and banks, which will be addressed this week in Congress, be used to directly alleviate the increase in the mortgage burden on households, progressively and according to the income of each family.

This has been stated by the federal spokesperson for the formation, Sira Rego, in a telematic press conference to explain that IU is working on an initiative in this regard, within the confederal parliamentary group in Congress.

In this sense, he has demanded the greatest possible support for the PSOE and UP bill to tax the extraordinary profits of financial entities and the electricity oligopoly.

And along these lines, he believes that part of these resources from the new tax should be directed towards this aid to facilitate mortgage payments, defending that it is a "realistic" measure to alleviate the difficulties of households, given that more than four million Spaniards will be affected by the rise in the Euribor.

In this way, the formula advocated by the IU is for a month-to-month deduction for households, based on their income and would be justified by the situation that has occurred due to the increase in prices.

It has also supported the proposal of the second vice president, Yolanda Díaz, and the head of Consumption, Alberto Garzón, to reach an agreement with the large distributors in order to limit the price of basic foods in the shopping basket.

In turn, Rego has opted for more measures aimed at the energy sector, both at a national and community level, and has expressed its rejection of injecting liquidity into future markets, since these funds would only serve to "save the speculators".

Therefore, it has demanded a structural plan such as encouraging public control of the electricity market, deploying an audit on energy costs, modifying the European regulation to end the "opacity" regarding how much energy generation is worth and promoting public companies, among other proposals.

Meanwhile, and also at a press conference, the Podemos co-spokesman, Pablo Fernández, has claimed that the extraordinary tax was a proposal of his formation since March, as well as the gas ceiling or the limitation of rental prices to the two%.

In this way, he has ironized that these proposals were branded as "impossible" at the beginning, then "they did not touch" and finally they are accepted because in the end they are "common sense" in the context of rising prices.

Therefore, he commented that the PSOE finally gave its "arm to twist" and, in this line, they are going to continue fighting to convince the PSOE of the need for a "deep" and progressive fiscal reform because the new tax, in its judgment is not enough.

‹ ›
Keywords:
IU
Your comment has been forwarded to the administrator for approval.×
Warning! Will constitute a criminal offense, illegal, threatening, offensive, insulting and swearing, derogatory, defamatory, vulgar, pornographic, indecent, personality rights, damaging or similar nature in the nature of all kinds of financial content, legal, criminal and administrative responsibility for the content of the sender member / members are belong.
Related News