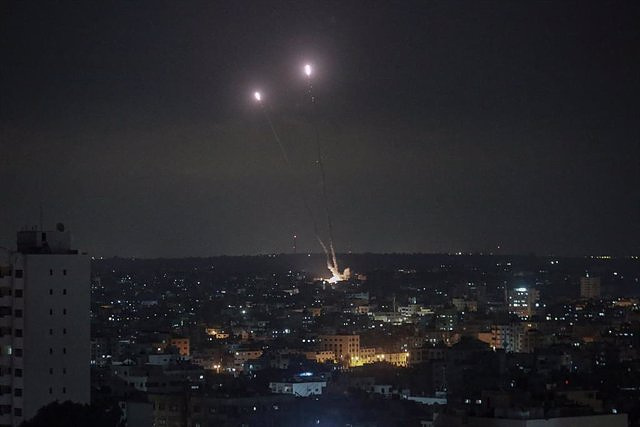 The Israeli and Palestinian authorities have crossed accusations this Saturday for the death of five people, including four children, in an explosion that occurred in the Jabalia refugee camp, in the north of the Gaza Strip.

Israeli military sources quoted by the Hebrew press have assured that they are not responsible for any attack in that area at the time of the explosion and even claim to have radar data that confirms the launch of the projectile that hit the place.

"We have videos that prove beyond any shadow of a doubt that it is not an Israeli attack. It has been unequivocally proven that it is a failed Islamic Jihad rocket launch," another source quoted by 'The Times of Israel' pointed out.

However, Palestinian sources point to Israel for the attack and the Palestinian news agency WAFA even claims that it was two missiles launched by Israeli warplanes that caused the massacre.

The Ministry of Health of the Gaza Strip, controlled by Hamas, has reported that there are already 24 dead and 203 wounded in the two days of the Israeli offensive, including six children.

On the other hand, the Israeli Armed Forces have reported the death on Friday of another Islamic Jihad leader in an airstrike in the southern Gaza Strip.

It would be Khaled Mansur, who died in the city of Rafá, who would be the maximum commander for the south of the enclave and equivalent to the commander in the north Taisir Jabari.

With this death, the head of the Directorate of Operations of the Israeli Armed Forces, General Oded Basiuk, has indicated that according to "all available information" they have finished with the entire leadership of Islamic Jihad.

"This organization has tried to carry out a deadly attack against Israeli citizens and against Israeli Army soldiers by launching anti-tank guided missiles to kill civilians and soldiers," Basiuk said at a press conference.

"We have attacked and frustrated the chain that was going to carry out this attack," he stressed. "The entire leadership of the Islamic Jihad military wing in Gaza has been reached," she stressed.

‹ ›
Keywords:
RefugiadosPalestina
Your comment has been forwarded to the administrator for approval.×
Warning! Will constitute a criminal offense, illegal, threatening, offensive, insulting and swearing, derogatory, defamatory, vulgar, pornographic, indecent, personality rights, damaging or similar nature in the nature of all kinds of financial content, legal, criminal and administrative responsibility for the content of the sender member / members are belong.
Related News