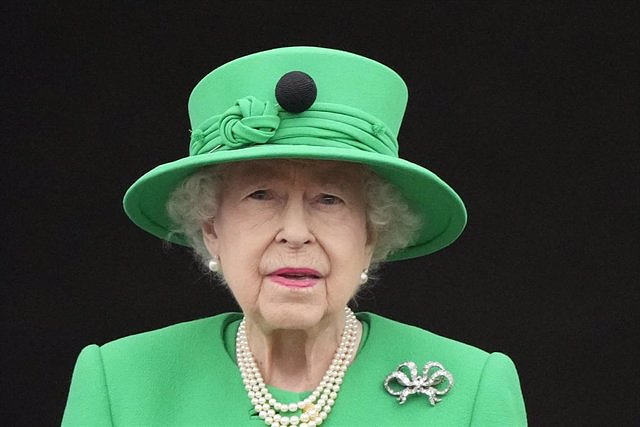 Israeli and Palestinian political leaders have expressed their condolences to Carlos III after the death of Elizabeth II at the age of 96 and have highlighted the role of the monarch during the nearly 70-year reign.

"On behalf of the Government and people of Israel, I send my condolences to the Royal Family and the people of the United Kingdom following the death of Her Majesty, Queen Elizabeth II," Israeli Prime Minister Yair Lapid said. "He leaves behind an unmatched legacy of leadership and service," he said.

In this line, the president of Israel, Isaac Herzog, has stressed that the queen's death represents "the end of an era", according to the newspaper 'The Times of Israel'. "Queen Elizabeth II was a historical figure. She lived history, created history and left behind a magnificent and inspiring legacy," he stressed. Thus, she has transferred her condolences to Carlos III and has extolled Isabel II as "a symbol of stable and responsible leadership."

Israel's Defense Minister, Benjamin Gantz, has stressed that "the queen served the international community for 70 years and, during her reign, relations between the United Kingdom and Israel flourished." "My thoughts are with the United Kingdom", he has pointed out through his account on the social network Twitter.

Condolences have been added by former Israeli Prime Minister Benjamin Netanyahu, who has emphasized that Elizabeth II was "a beacon of integrity and a representative of the second Elizabethan era who will be remembered for centuries."

For his part, the president of the Palestinian Authority, Mahmud Abbas, has shown his "great sorrow" for the death of the monarch. "Her life was dedicated to the service of her country and her people. For decades she meticulously carried out her royal duties, leaving behind a rich legacy that will be carved into the hearts and minds of generations to come." ", he highlighted.

Abbas, who has conveyed his "heartfelt condolences" to Carlos III in an official message, has wished that Elizabeth II "receive eternal peace and serenity." "At this time of national mourning, we pray to God that His Majesty and the people of the United Kingdom find relief in this worthy duel," he concluded.

‹ ›
Keywords:
Palestina
Your comment has been forwarded to the administrator for approval.×
Warning! Will constitute a criminal offense, illegal, threatening, offensive, insulting and swearing, derogatory, defamatory, vulgar, pornographic, indecent, personality rights, damaging or similar nature in the nature of all kinds of financial content, legal, criminal and administrative responsibility for the content of the sender member / members are belong.
Related News