Post a Comment Print Share on Facebook
Famagusta 25
DOLLAR 18,58
EURO 18,38
GOLD 1.023,60
BIST 3.484,42
Dogecoin Spike Fuels Meme Token Economy to a Huge Jump of Close to 10%
Report: Only 5.3% Spanish Crypto Investors have been notified to declare...
Why casinos do not allow kids to gamble
Payments giant Stripe launches pilot to test crypto payouts with Twitter
Vlad Ponomarev, CEO of Broxus, on Everscale and the Development of a Universal...
Quik.com now has Minting of.VR and.Metaverse Domains
The Biggest Movers: APE Up Almost 30%, ZIL, and AAVE are Wednesday's...
Paul Farhi, founder of Solidus AITECH, talks about Artificial Intelligence...
Malaysia holds over 600 people for stealing electricity to mine cryptocurrency
Central Bank of Sudan warns of risks associated with cryptocurrency

The Lebanese president points to "great progress" in the talks on the demarcation of the maritime border. 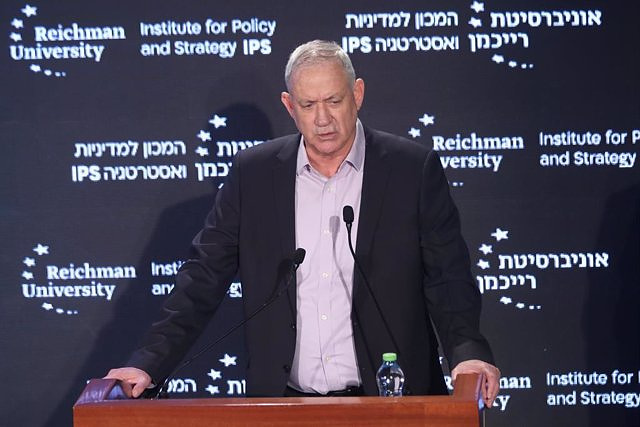 Israel's Defense Minister Benjamin Gantz warned Thursday that "Lebanon will pay the price" if the Shiite militia party Hezbollah carries out an attack on the Karish gas field, in an area disputed between the two countries.

"If (Hezbollah leader Hassan) Nasrallah wants to try and cause damage to the Karish oil platform, he can do it, but Lebanon will pay the price," he said, according to the Israeli newspaper 'The Jerusalem Post'.

Thus, he stressed that Israel is prepared to reach an agreement on the delimitation of the maritime border with Lebanon, although he has stressed that it will defend its rights over the Karish gas field, at the center of the dispute, by military means.

US State Department spokesman Ned Price said Wednesday that US envoy and mediator Amos Hochstein is succeeding in "narrowing the differences between the parties." "We believe that a lasting compromise is possible," he said.

In this regard, Lebanese President Michel Aoun said on Wednesday that "the contacts to finalize the demarcation issue have registered great progress in which Lebanon has achieved what would allow it to exploit its resources in its waters."

"There are technical details that are being studied to achieve the interests, rights and sovereignty of Lebanon," he said, before stressing that the border demarcation "will allow Lebanon to launch the process of oil and gas exploration in the fields within the Exclusive economic zone".

"That will give the Lebanese economy a positive impetus to get out of the crisis that has affected us for years," argued the Lebanese president, as reported by the Naharnet news portal.

Israel and Lebanon, which are technically at war and do not maintain diplomatic relations, began in October 2020 a process of indirect talks mediated by the United States and held under the auspices of the United Nations at the headquarters of the international organization in the Lebanese city of Naqura.

The negotiations revolve around an area of ​​860 square kilometers that, according to both countries, is located in their respective Exclusive Economic Zones, a matter of special importance after the discovery of gas reserves in this area that both Israel and Lebanon hope to be able to exploit. .

‹ ›
Keywords:
LíbanoIsrael
Your comment has been forwarded to the administrator for approval.×
Warning! Will constitute a criminal offense, illegal, threatening, offensive, insulting and swearing, derogatory, defamatory, vulgar, pornographic, indecent, personality rights, damaging or similar nature in the nature of all kinds of financial content, legal, criminal and administrative responsibility for the content of the sender member / members are belong.
Related News 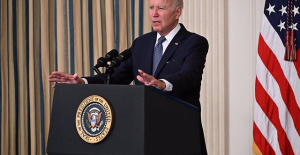 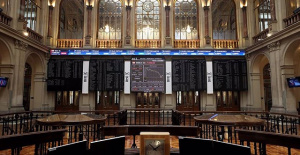