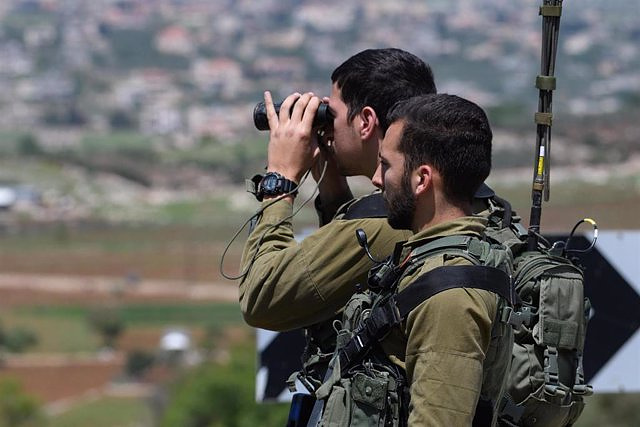 The Israeli Army has increased its surveillance tasks in the border area with the Gaza Strip, including the deployment of drones, given the possibility of attacks by Islamic Jihad in response to the arrest on Monday of one of its senior officials in a raid in Jenin.

According to information collected by the Israeli newspaper 'Haaretz', Israeli troops have deployed drones in the area capable of attacking Palestinian militiamen who try to carry out attacks in the border area, including the use of grenade launchers or anti-tank weapons.

The head of the Israeli Army, Aviv Kohavi, has traveled to the area, who has analyzed the situation after the start of a third day of restrictions on movement and circulation on the border that have affected nearly 5,000 Israeli residents.

For their part, Israel's Prime Minister and Defense Minister, Yair Lapid and Benjamin Gantz, respectively, have addressed the situation and have stated that they will continue to analyze the events on the border, without giving further details.

Over the past few hours, around 20 Palestinians have been arrested as part of raids carried out by Israeli forces in several West Bank towns, according to Palestinian security and local sources quoted by the Palestinian news agency WAFA.

Monday's raid on a refugee camp in Jenin resulted in the death of a Palestinian teenager and the arrest of Basam Saadi, a senior Islamic Jihad official, and his son-in-law Ashraf al Jada.

Saadi, 61, has been jailed and released a total of seven times by Israeli security forces. The Shin Bet had noted in recent months that the man "is working hard to restore Islamic Jihad activities" and that he "is behind the creation of a significant military force" by the group in the West Bank, especially in Jenin.

‹ ›
Keywords:
IsraelTerrorismoPalestinaDrones
Your comment has been forwarded to the administrator for approval.×
Warning! Will constitute a criminal offense, illegal, threatening, offensive, insulting and swearing, derogatory, defamatory, vulgar, pornographic, indecent, personality rights, damaging or similar nature in the nature of all kinds of financial content, legal, criminal and administrative responsibility for the content of the sender member / members are belong.
Related News