Israel announces military exercises on the border with Lebanon 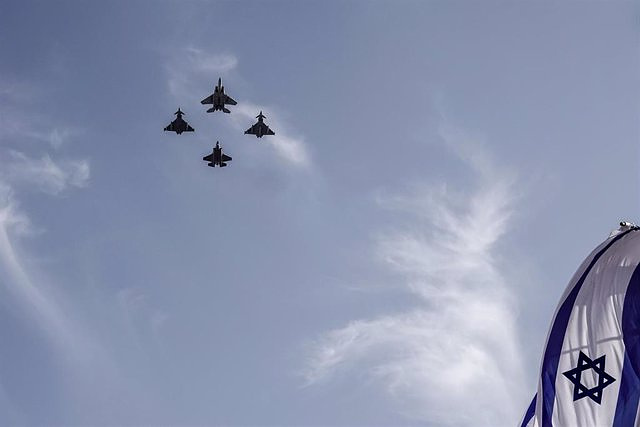 The Israeli Army announced this Sunday three-day military exercises along the Lebanese border in the framework of tensions with Lebanon over the Karish oil fields and the delimitation of the maritime border.

"The exercise was planned in advance as part of the 2022 training program," the Israel Defense Forces explained, warning that, due to this, explosions will be heard in the area until Tuesday, the date on which the drill will end. , according to a statement collected on his official Twitter profile.

Israel and Lebanon, which are technically at war and do not maintain diplomatic relations, began in October 2020 a process of indirect talks mediated by the United States and held under the auspices of the United Nations at the headquarters of the international organization in the Lebanese city of Naqura.

The negotiations revolve around an area of ​​860 square kilometers that, according to both countries, is located in their respective Exclusive Economic Zones, a matter of special importance after the discovery of gas reserves in this area that both Israel and Lebanon hope to be able to exploit. .

The head of the Israeli Army, Aviv Kohavi, warned in June that he could "hit" Lebanon "with immense power" if a new war breaks out in the face of rising tensions with the Lebanese Shiite militia party Hezbollah, an ally of Iran. .

In fact, the leader of Hezbollah, Hassan Nasrallah, previously stressed that the Lebanese authorities must "prevent" Israel from extracting gas and oil from the Karish field and assured that the group "will not stand idly by in the face of the looting of natural resources. "from Lebanon.

‹ ›
Keywords:
LíbanoIsrael
Your comment has been forwarded to the administrator for approval.×
Warning! Will constitute a criminal offense, illegal, threatening, offensive, insulting and swearing, derogatory, defamatory, vulgar, pornographic, indecent, personality rights, damaging or similar nature in the nature of all kinds of financial content, legal, criminal and administrative responsibility for the content of the sender member / members are belong.
Related News