Isabel Rodríguez responds to Díaz about capping food prices: "We are in a free market" 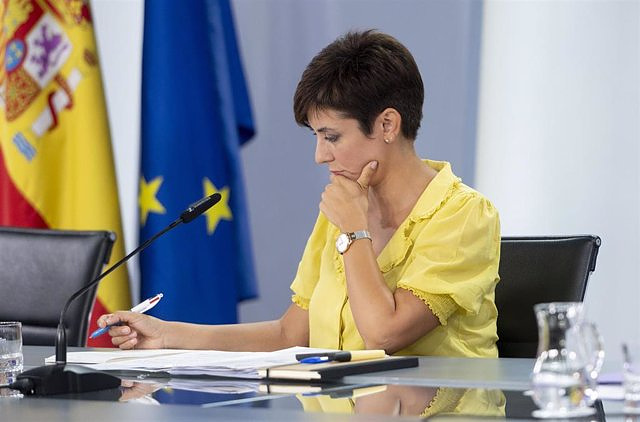 The Government spokesperson and Minister of Territorial Policy, Isabel Rodríguez, has responded to the Second Vice President and Minister of Labour, Yolanda Díaz, about her proposal to cap the prices of basic foodstuffs, that "we are in a free market" and that Government measures to combat inflation "go in another direction".

This is how Rodríguez pronounced himself this Monday in an interview in 'Cuatro', collected by Europa Press, in which he emphasized the measures that the Government is adopting to alleviate the rise in prices.

Asked if the Labor Minister's proposal to cap the prices of basic foods such as bread, milk or eggs could be carried out, Rodríguez stated that "we are in a free market, there is no doubt about that" and that the Executive's measures go "in another direction", although he has stressed that Díaz will deepen this approach. "Let's see what he is proposing," she assured.

In this sense, he has valued the aid that the Government has given to the agricultural sector and that, he assures, "is proving positive" although he has warned that "scenarios must never be ruled out." "Now we are in this screen that is being effective and in which the Government is going to continue working."