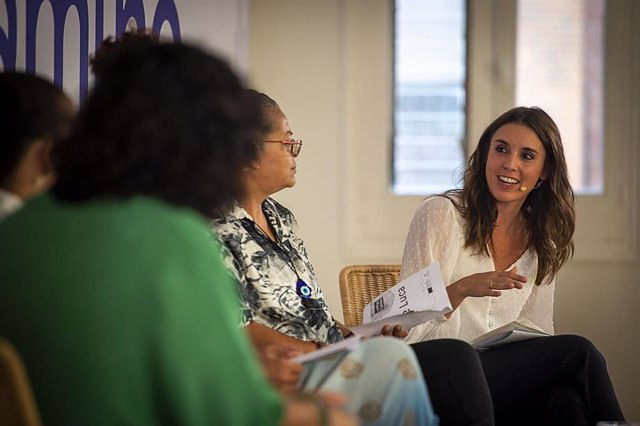 The Minister for Equality, Irene Montero, has urged that the General State Budgets be "agreed now" for next year and has demanded that the PSOE "step on the accelerator", both in public accounts and in unlocking the housing law or the repeal of the 'gag' law.

In statements to TVE, collected by Europa Press, the leader of the purple formation has indicated that the relationship with the socialists is good and that the public accounts are a good time to demonstrate that the coalition government is "a guarantee of certainty and stability" , especially in the face of the crisis caused by the war in Ukraine.

According to Montero, the Budgets are important for the "emergency" that the country is going through and must address not only those "emergencies" generated by the context of crisis, but also address "structural problems" and promote, for example, the reconciliation policies.

As for the debate on tax matters, the head of Equality is in favor of tax harmonization formulas between territories but above all to measures of greater progressivity, with greater taxation for both very high incomes and large companies, such as energy companies, which are also experiencing record profits.

"It is time in this crisis for those who have never tightened their belts to tighten," he emphasized to claim the relevance of a tax on large fortunes and assets, which Podemos proposed and which, in his opinion, now raises more and more support in Europe and other international organizations.

In this way, Montero has pointed out that the Executive is in the line of ensuring that "those who have the most" contribute more and end "unfair taxation", where the greatest effort is made by the working class.

Finally, he criticized that the PP precisely proposes the "opposite" model, consisting of "benefiting large companies, exempting the rich from taxes and degrading public services."

‹ ›
Keywords:
Presupuestos GeneralesPSOEIrene Montero
Your comment has been forwarded to the administrator for approval.×
Warning! Will constitute a criminal offense, illegal, threatening, offensive, insulting and swearing, derogatory, defamatory, vulgar, pornographic, indecent, personality rights, damaging or similar nature in the nature of all kinds of financial content, legal, criminal and administrative responsibility for the content of the sender member / members are belong.
Related News