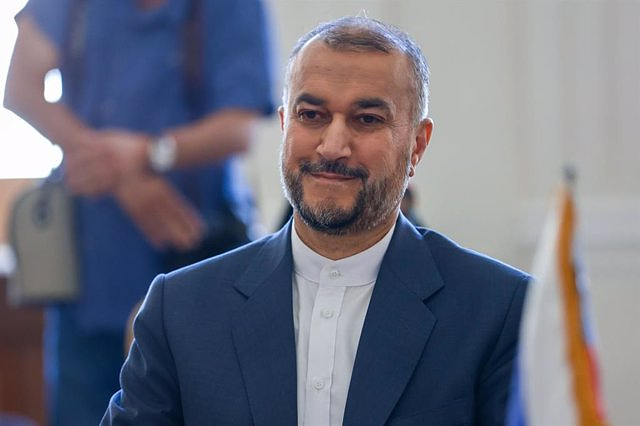 The Government of Iran announced on Tuesday the injection of gas in hundreds of advanced centrifuges in response to the new package of sanctions announced by the United States and has criticized Washington's "irrational measures" amid attempts to bring the negotiations to a successful conclusion. for the revival of the 2015 nuclear deal.

"Iran has responded to the action of the United States by injecting gas into hundreds of advanced centrifuges," said Iranian Foreign Minister Hosein Amirabdolahian, who has charged against the "madness of ineffective sanctions" by the United States since the withdrawal. Washington's unilateral agreement in 2018.

"The United States should not think that it can achieve concessions at the negotiating table with these decisions and should stop these acts of bullying," he argued. "We are on the side of logic and we want negotiations. We are serious about reaching a firm agreement, but if the United States follows this path, we will not give up," she added, as reported by the Mehr news agency.

In this regard, he recalled that the High Representative of the European Union for Common Foreign and Security Policy, Josep Borrell, recognized last week that the US campaign of "maximum pressure" has "failed", after revealing in an article in the 'Financial Times' a new proposal to try to unblock the talks process.

On the other hand, the spokesman for the Iranian Foreign Ministry, Naser Kanani, has criticized the US sanctions and has stated that "the White House's addiction to sanctions and their instrumental use is a sign of the US hegemonic system, since the change of administrations does not imply any change in their positions".

"Iran will show a firm, vigorous and immediate response to the White House's insistence on the continuation of the imposition of sanctions and will take all necessary measures to nullify the possible adverse effects of these sanctions on the country's trade and economy," he explained, according to the Iranian news agency Tasnim.

The sanctions were announced just a few hours after Kanani himself said that Tehran is open to restarting contacts for the reactivation of the nuclear agreement and defending that it is the "logical and rational path" to achieve a "sustainable" pact.

Hours earlier, the head of the Atomic Energy Organization of Iran (AEOI), Mohamad Eslami, had assured that Tehran has the technical capabilities to build an atomic bomb, although they have reiterated that it is not among their plans to carry out the project. .

Iran has announced the withdrawal of its commitments on several of the points of the 2015 nuclear agreement after the United States unilaterally left the pact in 2018, although the Iranian authorities have defended that these steps can be reversed if the United States withdraws the sanctions and returns to the agreement.