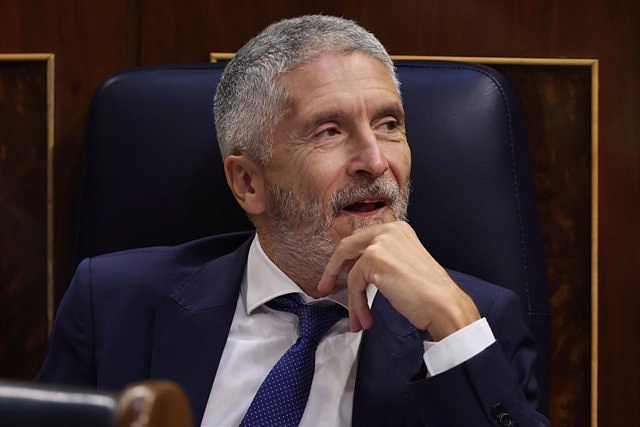 The Minister of the Interior, Fernando Grande-Marlaska, has left the door open to extending the use of Single-Person Recording Devices (DGU) to Civil Guard agents to record their interventions, cameras that National Police officers will have at their disposal from this Monday, August 8.

"Everything arrives," the minister assured in an interview on TVE, collected by Europa Press, when asked about whether these devices will also reach the Civil Guard after they have claimed them.

The minister considers investment in means for the National Police and Civil Guard "absolutely important" and, specifically, has pointed out that the use of personal cameras will benefit both the police and the citizens themselves.

In this sense, he explained that the cameras "are for use under the protocols established in terms of citizen security and to be able to control everything that happens in case it is necessary in an operation."

In principle, these cameras acquired by the Ministry of the Interior will be used by troops on citizen security missions.

In an official letter to which Europa Press has had access, the Subdirectorate General for Logistics and Innovation of the Ministry of the Interior reports the acquisition of Single Person Recording Devices --Model AB3-- intended for the Directorate General of the Police (DGP), whose agents will be able to use it during their functions aimed at "guaranteeing citizen security".

The cameras will be activated manually by the personnel who require their use, or automatically when "these devices are linked with other police-equipped devices."

The Professional Association of Justice for the Civil Guard, JUCIL, has asked the general director of this institution, María Gámez, to authorize the civil guards to carry image and sound recording devices in their police actions, since "it will increase the level of security to the Civil Guard and will also benefit the citizens".

According to JUCIL in a statement, the use of these devices has been requested "above all" for agents who provide services in the area of ​​Citizen Security, but also those who carry out control tasks and fight against certain types of crime, in addition to of those who intervene in areas with a special level of delinquency.

Specifically, the general secretary of JUCIL, Ernesto Vilariño, explained that from the association they ask that the precise regulatory provisions be issued that "guarantee the physical and legal security of the members of the Civil Guard", and that, therefore, The use of mobile image and sound recording devices is authorized for guards in the exercise of their functions.

In this sense, through its National Legal Secretary, Alberto Álvarez, the association has sent a request to the General Directorate of the Civil Guard so that this body can clarify a regulation that, for the professional association, "is confusing and contradictory" about the possibility that the civil guards can carry cameras or record their professional actions with a mobile phone.

‹ ›
Keywords:
Guardia CivilPolicíaMarlaska
Your comment has been forwarded to the administrator for approval.×
Warning! Will constitute a criminal offense, illegal, threatening, offensive, insulting and swearing, derogatory, defamatory, vulgar, pornographic, indecent, personality rights, damaging or similar nature in the nature of all kinds of financial content, legal, criminal and administrative responsibility for the content of the sender member / members are belong.
Related News