Inditex achieves record profit and sales in its first half after earning 1,794 million, 41% more 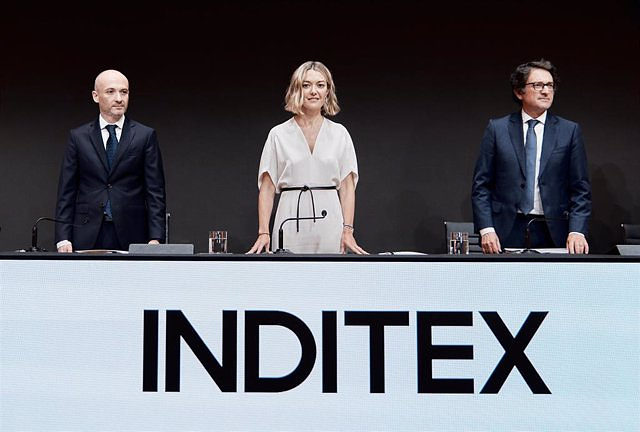 Inditex recorded a net profit of 1,794 million euros during the first half of its fiscal year 2022-2023 (between February 1 and July 31), which represents an increase of 41% compared to the same period of a year before , as reported by the company on Wednesday, which has highlighted that its integrated model had a "strong" operating performance and that sales, gross operating profit (Ebitda) and net profit have reached an all-time high.

Specifically, sales, which were positive in all geographical areas, reached 14,845 million euros, 24.5% higher than a year earlier, while sales at constant exchange rates grew by 25%.

Inditex has fully provisioned the estimated expenses for the 2022 financial year in the Russian Federation and Ukraine. An extraordinary charge of 216 million euros was included in the accounts for the first quarter of this year under the line 'Other results'.

"These results are explained by four key factors in our performance: Our fashion proposal, a constantly optimized shopping experience for our customers, our focus on sustainability and the talent and commitment of our people. Our business model is working at full capacity and it has great potential for future growth", highlighted the CEO of Inditex, Oscar García Maceiras.

Inditex has highlighted that the good execution of the business model has "significantly" increased cash generation. Thus, net cash has grown by 15%, to 9,242 million euros.

The company has highlighted that, throughout the first half of this year, store traffic and sales have grown significantly and continue in this trend and has added that the differentiation of Inditex stores has been key in this dynamic .

Online sales have progressed "satisfactorily", according to the group, and were positive in the second quarter of 2022. Inditex expects online sales to exceed 30% of total sales in 2024.

In its first semester, Inditex opened in 24 markets and at the end of the period it had 6,370 stores.

TENSIONS IN THE SUPPLY CHAIN

Likewise, to increase product availability in the face of possible tensions in the supply chain in its second half, Inditex has temporarily anticipated inventory entries for the autumn-winter campaign without modifying its level of commitment.

For this reason, the inventory as of July 31 of this year grew by 43%. As of September 11 this year, inventory levels are 33% higher.

Regarding the start of its second semester, Inditex has highlighted that the autumn-winter collections have been very well received by its clients.

Thus, store and online sales at a constant exchange rate between August 1 and September 11 of this year have grown by 11% compared to the record period of 2021.

Inditex has also highlighted that it continues to see "strong" growth opportunities and that its business model has "great potential" for future growth, with an expected investment in 2022 of approximately 1,100 million euros.

"Our key focus areas are continually improving the fashion proposition; constantly optimizing the customer experience; maintaining our focus on sustainability; and preserving the talent and commitment of our people. Prioritizing these areas will drive long-term organic growth" , has underlined the signature.

At current exchange rates, Inditex expects a positive currency impact of 0.5% on sales in fiscal year 2022.

"The future growth of the group is based on the investment in our stores, the developments made in the online sales channel, the improvements in our logistics platforms, and also a clear commitment to innovation and technology", they have added since the company.

‹ ›
Keywords:
Inditex
Your comment has been forwarded to the administrator for approval.×
Warning! Will constitute a criminal offense, illegal, threatening, offensive, insulting and swearing, derogatory, defamatory, vulgar, pornographic, indecent, personality rights, damaging or similar nature in the nature of all kinds of financial content, legal, criminal and administrative responsibility for the content of the sender member / members are belong.
Related News