He denied Torra to maintain confinement in Catalonia: "There are decisions that do not correspond to you to make". 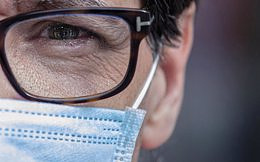 He denied Torra to maintain confinement in Catalonia: "There are decisions that do not correspond to you to make"

The first secretary of the PSC and former Minister of Health, Salvador Illa, has assured that "the only serious challenge to the authority of the Government of Spain" during the pandemic was perceived with the Community of Madrid, when the Executive decided to close the region and nine other community cities to slow the spread of the virus.

This has been maintained in his book 'The year of the pandemic' (Peninsula Editions, 2022) that was published this Wednesday, with a prologue by the director of the Center for the Coordination of Health Alerts and Emergencies (Ccaes), Fernando Simón, and in the detailing various episodes of what happened during his time as Minister of Health during the Covid-19 pandemic in Spain.

Specifically, Illa dedicates an entire chapter to talking about the tension between the central government and the Community of Madrid regarding the measures to be adopted to stop the rise in coronavirus infections: "No one understood that nothing was done."

In the book, the former socialist minister explains that he called the Madrid Minister of Health, Enrique Escudero, to "confirm the measures they were going to take, as agreed the day before", in reference to the closure of Madrid, but specifies that he did not get talk to him on the phone and that they told him that he was meeting with its president, referring to Isabel Díaz Ayuso.

Illa recalls that before going out at a press conference to request these measures for Madrid, she sent a message to the Madrid councilor: "I'm sorry, but we will go out publicly to ask for more measures. We accept that the initiative is yours, but we cannot play with public health Yesterday we had reached an agreement, Enrique".

She also regrets that that same night Escudero "tried to distort the agreement in an interview on Telemadrid", in which she accused the Government of wanting to impose its measures on the Community of Madrid, something that Illa sees as wanting to confront, sow mistrust and twitching.

"I've thought a thousand times if we could do something different, if in some detail we didn't know how to generate enough trust in our interlocutors in Madrid. And I'm sure that's the case, and that we could have done something better", recognized Illa, despite the fact that considers that in general the Government acted correctly.

It also details an episode with the then president of the Generalitat Quim Torra, who asked not to lift the reinforced confinement in Catalonia and assured that he would do everything in his power to save lives, to which Illa replied: "We are also saving lives President, but this strict confinement cannot be maintained sine die. I am not sure I understand what you are telling me, but I remind you that we are in a state of alarm and there are decisions that are not yours to make."

Illa also recalls a tense conversation in her office with the president of the Spanish Private Health Alliance (Aspe), Carlos Rus, whom she ordered to deliver the respirators that were not being used and put them at the service of the Madrid ICUs. or else "the Civil Guard would go for them".

He mentions that the President of the Government, Pedro Sánchez, managed to "expedite the purchase process" of medical supplies and allowed the closing of an order worth 432 million euros thanks to a telephone conversation he had with Chinese President Xi Jinping.

Illa tells how it was decided that he would be the PSC candidate for the Generalitat in the elections of February 14, 2021, and maintains that the result of the elections was an endorsement of the Government's management of the pandemic, as well as "an endorsement to the Government's policy in relation to Catalonia, providing the president with a wide political margin to make future decisions" on Catalonia.

He confesses that the first message he received when the decision to stand in the Catalan elections was made public was from the then Vice President of the Government and leader of Podemos, Pablo Iglesias: "I was surprised by his degree of sincerity and affection. I was surprised and, I must say, I moved the message.

‹ ›
Keywords:
PSCSalvador Illa
Your comment has been forwarded to the administrator for approval.×
Warning! Will constitute a criminal offense, illegal, threatening, offensive, insulting and swearing, derogatory, defamatory, vulgar, pornographic, indecent, personality rights, damaging or similar nature in the nature of all kinds of financial content, legal, criminal and administrative responsibility for the content of the sender member / members are belong.
Related News