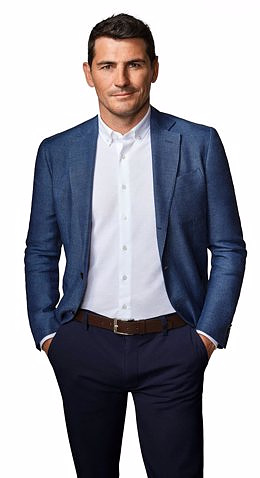 Former goalkeeper Iker Casillas will be XTB's new brand ambassador, an appointment that responds to XTB's long-term marketing strategy, which has already partnered with leading figures in the world of sports such as coach José Mourinho, among others international.

"Our new XTB ambassador is an example of how to also face investment decisions, since Iker has built his success by working very hard on his strategy and with a strong winning mentality. That capacity for teamwork, leadership and professionalism in his work, these are attributes that we share at XTB", highlighted the general director of XTB Spain, Portugal and Romania, Alberto Medrán.

Casillas, who was considered the best goalkeeper in the world by FIFA and UEFA for five years and who is currently deputy to the general director of the Real Madrid Foundation, will appear in the new XTB spot in a casual scene surrounded by people who invest .

"I am very proud to unite my image with XTB, one of the world's leading stock market investment firms. In football, as in finance, you need training, good support and a winning mentality," said the footballer.

On the occasion of the appointment of the new ambassador, the investment broker has prepared a campaign in national media that will include 20 and 30-second television spots in communication groups such as Mediaset or Pulsa, in addition to a very extensive online campaign in general media, economic and sports.

The campaign is launched today, September 20, in online media and later, from October 3, on television.

XTB has also featured mixed martial artist and UFC champion Conor McGregor as a global brand ambassador. Born in Dublin, McGregor was the winner of the 2015 UFC featherweight championship and a year later made history by becoming the first UFC fighter to hold title in two simultaneous weight divisions.

The announcement of the cooperation between Iker Casillas, Conor McGregor and XTB marks the beginning of the new global campaign in 13 markets in which the fintech promotes its investment platform xStation.

‹ ›
Keywords:
Sector FinancieroBróker XTB
Your comment has been forwarded to the administrator for approval.×
Warning! Will constitute a criminal offense, illegal, threatening, offensive, insulting and swearing, derogatory, defamatory, vulgar, pornographic, indecent, personality rights, damaging or similar nature in the nature of all kinds of financial content, legal, criminal and administrative responsibility for the content of the sender member / members are belong.
Related News