Iglesias will launch a new television on the internet, called 'Canal Red', to compete with the "media right"

He points out that it will have "alliances and private resources" along with contributions from citizens with a minimum objective of 100,000 euros. 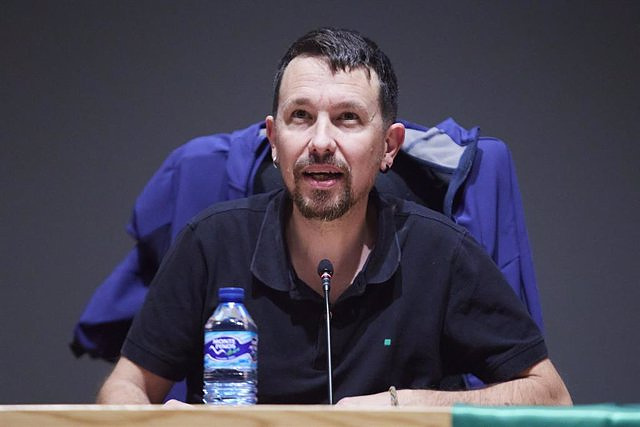 He points out that it will have "alliances and private resources" along with contributions from citizens with a minimum objective of 100,000 euros

Former Vice President Pablo Iglesias has announced that he will soon launch a new Internet television channel, called 'Canal Red', to compete with the "media right", which he will create through alliances and private resources but also with citizen contributions.

This has been indicated in a video broadcast on social networks, where he explains that he aspires to build a "21st century" television with the collaboration of other colleagues who, like him, host podcasts or information formats on the Internet.

And in this sense, it links a page to receive citizen donations, with the minimum goal of getting 100,000 euros within 40 days, of which more than 6,300 euros have already been harvested.

"When you look at Parliament, you realize that there are people who think and vote in very different ways. However, when you turn on the television or the radio, they all basically say the same thing. The plurality of society does not correspond to the monopoly that right imposes on the big media", Iglesias has launched.

Therefore, and just as the popular and left-wing movements have managed to change parliaments, governments and even the way of thinking, Iglesias has pointed out that these groups have always come up against a "limit", which is to transform the media.

In this way, he praised that several spaces have done important things individually, but insufficient to change that media correlation, and for this reason it is necessary to unite and form a new channel, because they do not want "not to be subordinates" but to form a " tank" with which to compete with the "media right".

Iglesias left active politics after the Madrid elections of May last year and after a brief period out of the public scene, he turned to collaborations with various media such as the radio stations RAC1 and La Ser, a columnist in publications such as CTXT, Gara and ARA, but above all through the podcast 'La Base', which he hosts and is broadcast in the newspaper 'Público'.

‹ ›
Keywords:
Pablo Iglesias
Your comment has been forwarded to the administrator for approval.×
Warning! Will constitute a criminal offense, illegal, threatening, offensive, insulting and swearing, derogatory, defamatory, vulgar, pornographic, indecent, personality rights, damaging or similar nature in the nature of all kinds of financial content, legal, criminal and administrative responsibility for the content of the sender member / members are belong.
Related News