Iago Aspas: "I have never had any problem with Luis Enrique; if not, he would have told me"

"It hurts me not to go to the national team, but I'm stubborn and I'm not going to lower my arms". 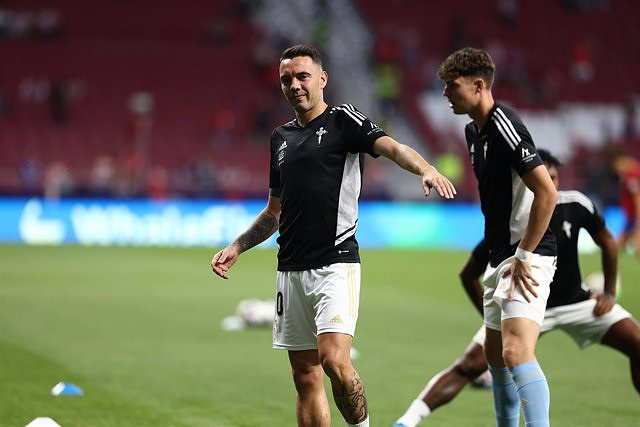 "It hurts me not to go to the national team, but I'm stubborn and I'm not going to lower my arms"

RC Celta striker Iago Aspas has acknowledged that it "hurts" him not to be called up to the Spanish team, but he assures that his absence is due only to sporting reasons and not to a problem with the coach Luis Enrique, and he does not give up going to the World Cup in Qatar because "hope is the last thing to be lost".

"It hurts me not to go to the national team, but I'm stubborn and I'm not going to give up until the end. If there were no chances of going to Qatar, I wouldn't try to fight with my team every week, I have that award right around the corner." the corner and I'm going to try to do everything possible," he declared in an interview with 'El Larguero' on Cadena Ser. "Hope is the last thing you lose," he added.

In addition, he is convinced that the fact that Luis Enrique does not summon him responds only to football reasons. "I want to believe so. I have never had any problem with the coach, he has taken me to calls and in the last one, he was not there and I went with Robert Moreno", he explained. "If there had been a problem, he would have told me," he added.

In another order of things, he assessed the situation of LaLiga Santander, which he considers "is configured for the nine that are up, changing Sevilla for Osasuna." "They are the ones with the most budget and the ones with the most options to finish at the top," he said, emphasizing that financially "you should try to equalize a little more, like in the Premier League."