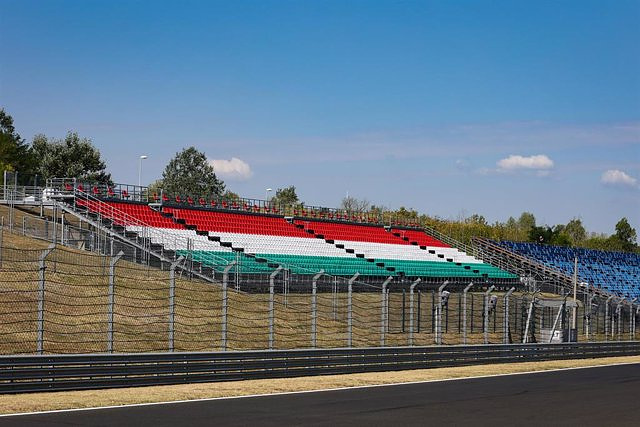 The Hungarian Grand Prix arrives this week on the Formula 1 calendar before the one-month holiday break, with Max Verstappen (Red Bull) in a comfortable position as leader of the World Championship, Ferrari's obligation to react and the options they may have the Spanish Carlos Sainz and Fernando Alonso (Alpine) in a weekend that announces rain and therefore surprises.

Last year was one of the most exciting in the 'Great Circus', with that last race, that last lap in Abu Dhabi in which the World Cup was decided. Now, the current champion Verstappen can close the halfway point of the course with half a championship in his pocket, since he arrives in Hungary with 233 points, 63 more than Charles Leclerc.

Last week at the French GP, the Monegasque once again suffered from the reliability of his Ferrari in an abandonment that was aggravated by Verstappen's victory. The Dutchman, who celebrated his seventh victory of the season, relies on the last effort before the holidays to knock out his biggest rival.

Ferrari begins to run out of margin for error after the last fiasco of a Leclerc who had made pole. The Hungaroring, a narrow circuit, difficult to gain positions, with intertwined curves and potholes, can be the cheerleader of this World Cup, especially considering the rain that is announced from Saturday.

The appointment motivates Fernando Alonso, who will turn 41 this Friday and achieved his first victory in 2003. In addition, Alpine won last year on the Hungarian track with Esteban Ocon's first victory, in an exhibition by the Oviedo defending his teammate of the attacks of Lewis Hamilton (Mercedes), with which the scenario adapts and the memories push an Alonso who has been scoring points for seven races in a row.

Meanwhile, after his spectacular comeback in France, Carlos Sainz (Ferrari) will also look for his option before the break. The man from Madrid, who changed his engine last week but finished fifth on Sunday, does not rule out anything in the World Cup, fourth with 144 points, to 163 for Sergio Pérez (Red Bull) and 170 for his teammate Leclerc.

After touching the sky at Silverstone, Sainz aspires to keep pushing, as he did last year at the Hungaroring to get on the podium. As expected this week, 2021 was a race with a lot of history, even after the checkered flag with the disqualification of Sebastian Vettel (Aston Martin), who this Thursday announced his retirement from F1 at the end of the season, which meant the third place of the Spanish.

‹ ›
Keywords:
Fernando AlonsoHungríaFormula 1Ferrari
Your comment has been forwarded to the administrator for approval.×
Warning! Will constitute a criminal offense, illegal, threatening, offensive, insulting and swearing, derogatory, defamatory, vulgar, pornographic, indecent, personality rights, damaging or similar nature in the nature of all kinds of financial content, legal, criminal and administrative responsibility for the content of the sender member / members are belong.
Related News