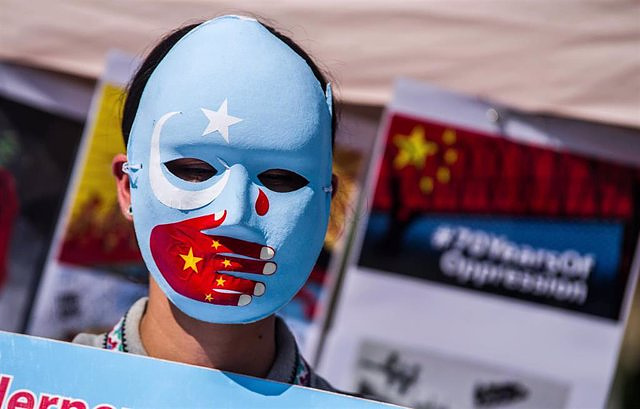 The NGO Human Right Watch (HRW) has assured this Wednesday that the Chinese Government would have detained more than 540,000 people in the Xinjiang region, with a Uyghur majority, since 2017, while accusing China of not disclosing the exact number of people incarcerated.

The organization has detailed that, "although not all convicted prisoners face political charges", available figures indicate that the total number of people "unjustly" imprisoned in the Xinjiang Uyghur Autonomous Region is "much higher than is generally believed". reports".

"The Chinese government may have hoped that formally prosecuting people in Xinjiang would avoid the limelight of mass detentions in extra-legal political education camps," said HRW China researcher Maya Wang.

"Many of these convictions simply add up to crimes against humanity and wrongful imprisonment against Uyghurs and other Turkic peoples," he added.

Xinjiang authorities launched a Violent Terrorism Striking Campaign in 2014, but significantly intensified it in 2017. Previously, statistics from the Xinjiang High People's Court put the total number of people sentenced between 2017 and 2018 at 232,524, a figure which was widely reported in 2019, according to the NGO.

Since then, the Xinjiang Higher People's Court has not released any new official sentencing figures.

However, the Xinjiang Higher People's Procuratorate, which continues to release statistics, reported in February 2022 that a total of 540,826 people have been prosecuted in the region since 2017.

HRW has argued that since China's conviction rate is over 99.9 percent, nearly all of these 540,826 people would have been convicted.

Likewise, "the available evidence", according to the NGO, suggests that "the vast majority" of the 540,826 people prosecuted probably remain in prison.

According to official statistics from the Xinjiang Higher People's Court, before 2017, about 10.8 percent of sentenced people received prison sentences of more than five years. In 2017, they represented 87 percent of the sentences, as the organization has collected.

For this reason, HRW has urged the international community to "strengthen its efforts" to investigate and hold Chinese officials accountable for committing crimes against humanity.

The high commissioner's report points out that the conduct of the Chinese government in the region may constitute international crimes, "in particular crimes against humanity", as HRW has recalled.

‹ ›
Keywords:
ChinaHRW
Your comment has been forwarded to the administrator for approval.×
Warning! Will constitute a criminal offense, illegal, threatening, offensive, insulting and swearing, derogatory, defamatory, vulgar, pornographic, indecent, personality rights, damaging or similar nature in the nature of all kinds of financial content, legal, criminal and administrative responsibility for the content of the sender member / members are belong.
Related News