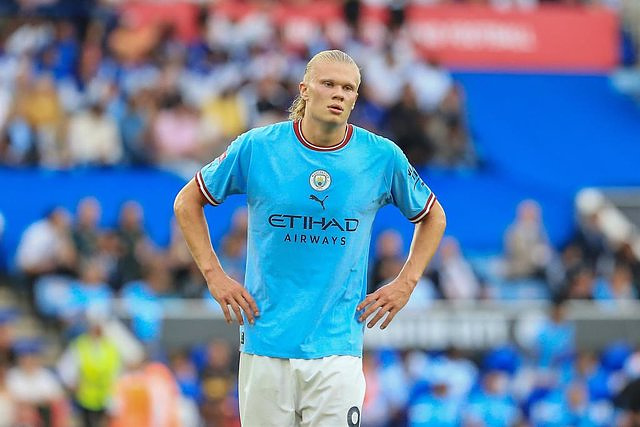 Manchester City starts as the great favorite to retain the Premier League title after a summer marked by the signing of Erling Haaland, the great star of the championship; while Liverpool and Chelsea, who have also gone through the box, will try to remove the crown from the team led by Pep Guardiola, the great dominator of British football during the last five years.

City have won two titles in a row, four of the last five, all of them with Guardiola on the bench. This course, to make matters worse, has taken a qualitative leap hiring the great '9' of Europe with the permission of Kylian Mbappé. The Norwegian striker was indeed in the market and City did not hesitate to take over his services.

More arguments for the current League champion, who knows that he will have to fight hand in hand with Liverpool, who discussed the last game until the final breath of matchday 38. The 'citizens', in addition to Haaland, also have several players who They are back after loan. This is the case of the Argentinian Julián Álvarez, author of the goal last weekend in the Community Shield.

This appetizer of the season in England went to Liverpool, who beat City 3-1 in the first heads-up of the course. The 'reds, who ended up with a bad taste in their mouths after losing the Premier and the Champions League in the final instances, are willing to repeat the path that brought them closer to glory just three months ago.

Liverpool have not stood still either and have signed the Uruguayan Darwin Núñez, whose duel with Haaland promises to be spectacular. The Uruguayan striker has cost the Merseyside club 75 kilos, whose head of project will continue to be Diogo Jota, recently armored with a major renovation until 2027.

For its part, the short list of candidates for the title is completed by Chelsea, which finished third last season, although very far from the fight for the championship.

Thomas Tuchel's players, with the more than likely addition of Spaniard Marc Cucurella in a record transfer (68 million euros), bolstered their squad with the arrivals of Raheem Sterling and Kalidou Koulibaly. These two footballers accounted for a disbursement of almost 100 million euros.

In the list of suitors we must not forget Cristiano Ronaldo's Manchester United, always in the pools if the Madeira player insists, Arsenal led by Mikel Arteta or Tottenham, also a contender to fight for the Premier League in an exciting campaign in which Nottingham Forest, Fulham and Bournemouth return after achieving promotion from the Championship.