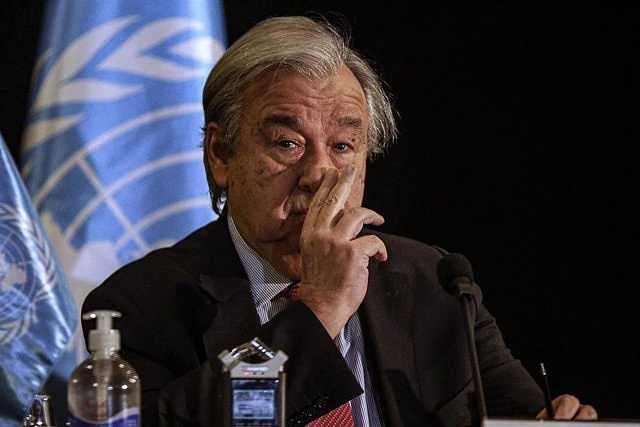 The Secretary General of the United Nations, António Guterres, has called it "immoral" that oil and gas companies are making huge profits in the midst of the current energy crisis, and has urged governments to impose taxes on "excessive profits" to Allocate these funds to those most in need.

"It is immoral that oil and gas companies are making record profits from this energy crisis at the expense of the poorest people and communities and at enormous cost to the climate... I urge all governments to tax these excess profits and use the funds to support the most vulnerable people in these difficult times," Guterres said Wednesday at a conference held at the United Nations headquarters.

In the presentation of the 'Global Crisis Response Group' report on energy, the UN Secretary General has detailed that the largest energy companies have raised during the first quarter of this year nearly 98,000 million euros (100,000 millions of dollars).

For this reason, he has recommended "people around the world" to send "a clear message" to the fossil fuel industry and its financiers, warning them that "this grotesque greed is punishing the poorest and most vulnerable people, while destroying our only common home, the planet.

On the other hand, within the recommendations of the report on energy to manage the current energy crisis, Guterres has pointed out that all countries --especially developed countries-- must manage their energy demand. "Energy conservation, promotion of public transportation and nature-based solutions are essential components of that," he stressed.

Likewise, he has underlined the importance of accelerating the transition to renewable energies, arguing that in most cases they are cheaper than fossil fuels.

Finally, Guterres has assured that, in order for the energy transition to progress, it is important to increase private financing for projects that are committed to achieving zero emissions.

‹ ›
Keywords:
OnuOTAN
Your comment has been forwarded to the administrator for approval.×
Warning! Will constitute a criminal offense, illegal, threatening, offensive, insulting and swearing, derogatory, defamatory, vulgar, pornographic, indecent, personality rights, damaging or similar nature in the nature of all kinds of financial content, legal, criminal and administrative responsibility for the content of the sender member / members are belong.
Related News