Guardiola: "Let them trust Lopetegui, they're going to take him out" 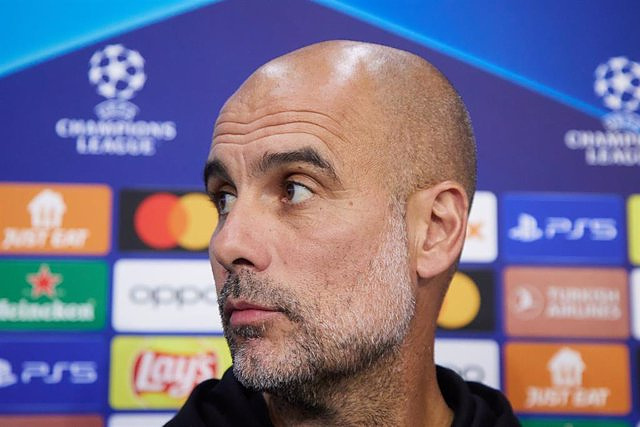 The manager of Manchester City, Pep Guardiola, has asked the fans of Sevilla, whom his team thrashed this Tuesday in the Champions League debut (0-4), to "trust" their coach Julen Lopetegui, since He is convinced that he is going to "get" the Nervion team out of their bad run of results.

"I still have the same opinion of Lopetegui before and after the game. All the coaches had good and bad times. We are close friends, but not only because of that, but because he has shown it throughout his career. to take out, sooner or later, they are going to take it out", he declared after the match at the Ramón Sánchez-Pizjuán

In another order of things, the Catalan coach highlighted the importance of starting the continental competition by winning away from home. "It's a very good result, winning the first game away always helps a lot; by winning the home team we'll almost be in the next phase", he pointed out, assuring that the field "wasn't easy to give it continuity".

"In the first half we have attacked too quickly. Having Erling Haaland gives us the tendency to attack faster, and it is the opposite, we have to be slower in many moments. In the second half we have been better, except in the first five minutes, that they have been very good, because when Isco and 'Papu' play they play well", he concluded.