Guardiola: "Bernardo Silva has a wish and I'm not someone who stops people's wishes" 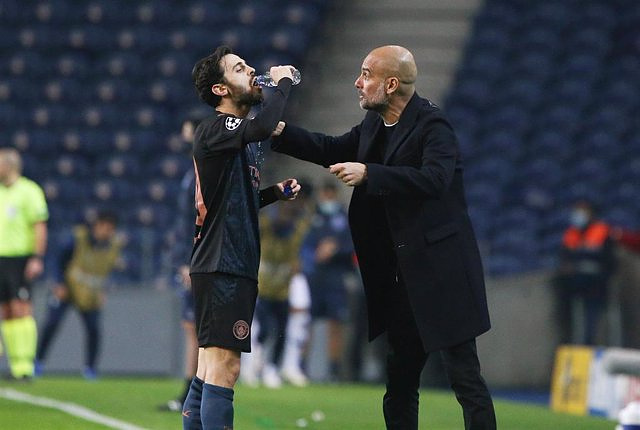 The manager of Manchester City, Pep Guardiola, recognized this Friday that he does not know "what is going to happen" with Bernardo Silva, whom FC Barcelona seems to want to sign, but admitted that the Portuguese midfielder "has a wish" and that he does not He is someone who usually gets in these situations, although he warned that there is "no offer" for the player.

"Above all, the player's desire is the most important thing. Of course I would love for Bernardo to continue here, he is a special player for us, but I don't know what will happen," Guardiola assured at a press conference prior to the start of the match. Premier League this weekend.

The Catalan made it clear that if the player "stays, it's perfect" and if, on the other hand, he leaves, "it's because football is like that." "The player has a desire and I am not going to be a person who stops people's desires," he remarked.

"When you're a footballer everything becomes very short, you don't realize it and it's almost over. The player will have to talk to the club, I've never been involved in that. I want the best for the player and that Bernardo stays here, at one hundred percent. He's an important player for me, he's special to me, but I don't know what's going to happen and as far as I know, we didn't receive any offer, last season either," added the man from Santpedor who sees a "ready" player for Sunday's league debut against West Ham and "training very well".

"We'll see, we still have many days until the end of the month. There are many players around the world and many of them can fit perfectly into our way of being as a team, but at the same time transfers are always difficult and selling is more difficult than selling. buy," he said.

On the other hand, he believes that the season in the Premier League will be difficult. "Every year I have the feeling that this season is harder, I always believe that the next season cannot be more difficult and it is more difficult. Everyone is improving, each club, each owner invests, many teams do it and do it well, the quality is there and the coaches are exceptional," he said.