Greece urges the EU, the UN and NATO to intercede in the face of the escalation of tensions with Turkey 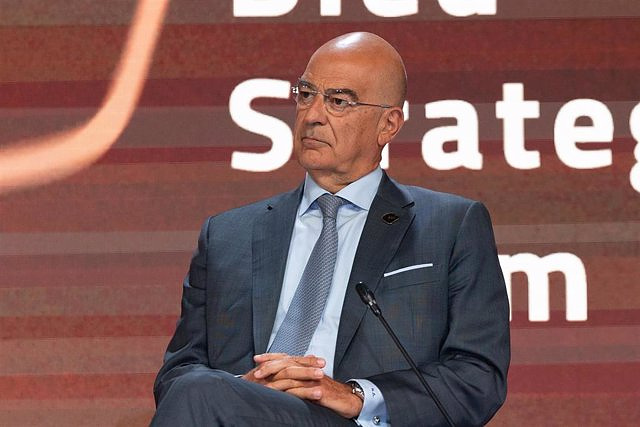 The Government of Greece has sent letters to NATO, the UN and the European Union to warn them of Turkey's "extremely aggressive" rhetoric, in a request for explicit support after the veiled warnings of the Turkish president, Recep Tayyip Erdogan, of a potential military action in the area.

Erdogan warned that Turkey is capable of "doing whatever" to prevent the Greek "occupation" of the Aegean islands, prompting Greek Foreign Minister Nikos Dendias to ask his allies to intercede.

"The Turkish attitude is a destabilizing factor for the unity and cohesion of NATO and weakens the southern flank of the Alliance at a time of crisis," said Dendias, who acknowledged that relations with Ankara are going through "one of the worst periods in years", according to the Bloomberg agency.

"We risk seeing a situation similar to the one that is already developing in other parts of our continent," he warned, referring to the war in Ukraine, in his letters to the NATO and UN secretaries-general and to the High Representative of foreign policy of the EU. The Greek government has already stressed that it is willing to defend its sovereignty against a hypothetical aggression from Turkey.

Erdogan warned last weekend that Greece "will pay a high price" for harassing Turkish military aircraft in the Aegean. Turkey has denounced as a "hostile act" the use of S-300 anti-aircraft system radars located on the Greek island of Crete to target Turkish F-16 fighter jets on August 23.

‹ ›
Keywords:
GreciaTurquíaOnuErdoganOTANUE
Your comment has been forwarded to the administrator for approval.×
Warning! Will constitute a criminal offense, illegal, threatening, offensive, insulting and swearing, derogatory, defamatory, vulgar, pornographic, indecent, personality rights, damaging or similar nature in the nature of all kinds of financial content, legal, criminal and administrative responsibility for the content of the sender member / members are belong.
Related News