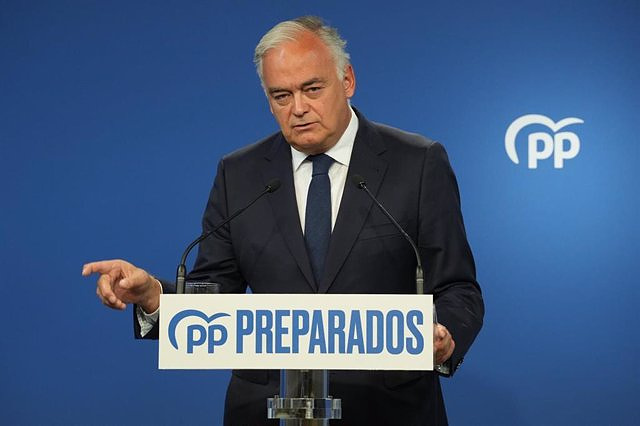 The PP's Institutional Vice-Secretary, Esteban González Pons, maintains that the Government is carrying out an adjustment of positions in view of the elections and has predicted that the second vice-president, Yolanda Díaz, will end up being a socialist candidate and the Minister of Equality, Irene Montero, will be that of United We Can.

"I believe that we are experiencing an adjustment of positions in the face of the elections. We are in the transition of Yolanda Díaz from Podemos to the PSOE, who will end up being a socialist candidate, and in the conversion of candidate of Podemos to Irene Montero," he predicted in an interview in Cuatro, collected by Europa Press.

Pons has added that "all this tension", derived from this adjustment of positions that he points out, is going to be lived "more every day". "Irene Montero is emerging more and more as a Podemos candidate every day," she assured.

Asked about whether Sánchez plans to advance the elections in the face of the statements by Pablo Iglesias who accuses the PSOE of elbowing his partners, the 'popular' leader has ruled out this point: "I do not see that Pedro Sánchez is willing to call elections." Thus, he has indicated that the legislature will last as long as the union with its coalition partners lasts.

"Sánchez's union with the extreme left, with the independentistas and Bildu, which at first was circumstantial, was about adding votes in Congress to give stability to the weakest government, is becoming structural," emphasized Pons, who believes that Sánchez is stealing space from Podemos and "Pablo Iglesias suffers".

‹ ›
Keywords:
PodemosPPPSOEYolanda DíazIrene Montero
Your comment has been forwarded to the administrator for approval.×
Warning! Will constitute a criminal offense, illegal, threatening, offensive, insulting and swearing, derogatory, defamatory, vulgar, pornographic, indecent, personality rights, damaging or similar nature in the nature of all kinds of financial content, legal, criminal and administrative responsibility for the content of the sender member / members are belong.
Related News