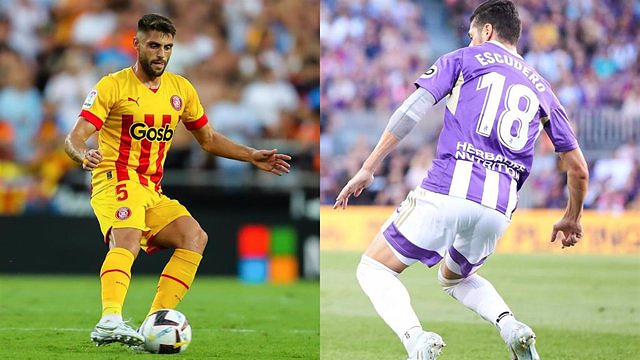 Girona and Real Valladolid face each other this Friday (9:00 p.m.) at the Montilivi Municipal Stadium in a duel that will serve to examine and measure the improvement and good feelings of both teams, who arrive at the meeting between direct rivals, in the match that opens the fifth day of LaLiga Santander.

Michel Sánchez's team does not finish off the season well and only adds four points, the last saved in extremis in Palma, and will try not to fail again in front of their fans as they did against Celta in order to give wings to the project and confirm the improvement in solidity and game that the team has experienced, with salvation between eyebrows.

"We are far from what I want as a team, but I really like the balance of the block when it comes to being compact. We have conceded in all the games, but the data shows that we are a team that is below in shots received. We must improve in all aspects so that there are more victories and the situation is clearer for us. We are a balanced team and from the outside it gives a feeling of strength. I am satisfied", Michel valued in the preview of the duel.

However, the match will also be marked by the losses in Girona of Stuani, Borja García, Iván Martín, Ibra, Yangel Herrera, Terrats and Ureña, although Michel recovers Valery Fernández and Bernardo. As for the starting eleven, Oriol Romeu and Aleix García will be the owners of the midfield, with the question of whether the companion of Riquelme and Taty Castellanos will be Renier, Toni Villa, Samu Sáiz or Vallejo.

For its part, Real Valladolid visit Montilivi with high spirits, after achieving their first victory against Almería against Almería at the José Zorrilla, also in the last breath thanks to a goal from the Israeli Shon Weismann, who was returning from injury. Now, he will seek victory in a feud in which he has not won, with five losses and two draws.

"The victories make everything easier, but we already have another tough rival. There is a lot of difference with the big ones. It is time to break the statistics and win there," coach Pacheta wished at the previous press conference.

The best news for the Valladolid coach is that all his troops are available and the infirmary is empty. Thus, Weissman and Gonzalo Plata, already with minutes on the last day, point to the title, to the detriment of Plano and Guardiola. Also, El Sadiq and Feddal could have their chance, already with more training in their legs.