Gil Marín: "The cries of a minority embarrass us"

"I know our fans well and it is unacceptable that someone can think they are racist". 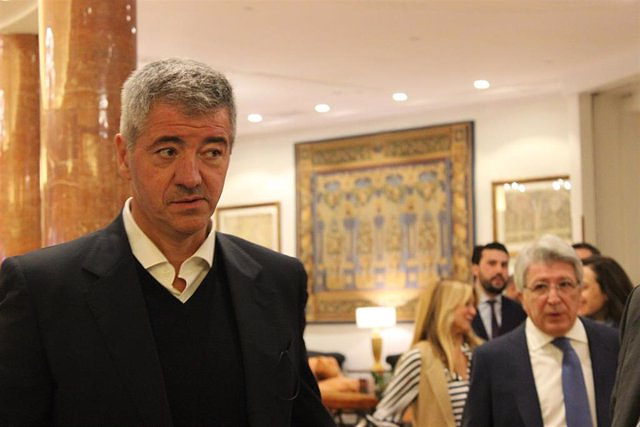 The CEO of Atlético de Madrid, Miguel Ángel Gil Marín stressed that the cries of "a minority" at Vinícius Júnior, last Sunday in the Madrid derby, "embarrass" them and cannot "stain" the image of the club, so who defended himself against criticism and stated that they "also" are "victims" despite the "accusations".

"I know our fans well and it is unacceptable that someone can think they are racist. Those cries from a minority embarrass us atletico and cannot stain the image of the club, nor the behavior and feeling of the vast majority," he explained this Wednesday it's a statement.

Miguel Ángel Gil Marín also referred to the words of the President of the Government, Pedro Sánchez, who asked the club, of which he is a follower, greater responsibility to avoid the scene that occurred near the Cívitas Metropolitano when some fans sang songs like ' Vinicius, you are a monkey.

"I appreciate that you remind us of our obligation, and I agree one hundred percent with your comment. I must also make it clear that pursuing these scourges is everyone's job, not just the club managers. They accuse us when in reality we are also victims ", added the rojiblanco CEO.

Atlético condemned the racist insults yesterday and will offer its "maximum collaboration" to the authorities to investigate the facts, demand identification and expel "immediately" those who are members of the club. "In the last five years, 433 files have been opened for various behaviors contrary to this internal regulation and 51 partners have been expelled. We will continue to be forceful with these matters," he indicated.

Regarding the media, Gil Marín also asked professionals in the sector to be "more careful" with every word, deed or action. "Football, with the passion with which it is lived, amplifies any mistake. I did not understand the campaign that was created, with exaggerated demonstrations, misrepresenting the statements of our captain, mixing it with a phrase with racist overtones from someone outside our club" , he stated.

"That generated a climate of unnecessary and inconvenient tension before a game of maximum sporting rivalry. The time has come to also demand responsibility and professionalism from all those who intervene in the world of football," he concluded.