A slowdown in sales volume growth is expected in the second half of the year due to the deterioration of the economic situation. 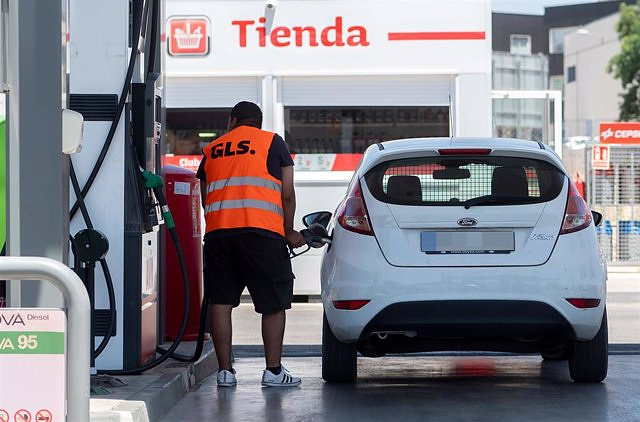 The combined revenue volume of service stations in Spain and Portugal increased by 29% in 2021 compared to the previous year, reaching 38.9 billion euros, according to the Informa DBK Sectorial Observatory published this Tuesday.

The analysis indicates that the increase in revenue is explained by the rise in prices and the rise in sales volume in 2021, which in the Iberian market (Spain and Portugal) reached 38.3 million tons, 10, 6% more than the previous year, the year in which, as a result of the pandemic, a drop of 15.3% was recorded.

On the other hand, service stations channeled almost 98% of total gasoline sales, as well as 78% of automotive diesel.

In this way, the volume of fuel distributed through service stations reached 26.72 million tons in the Iberian market in 2021 (6.06 million gasoline and 20.66 million diesel).

The report indicates that by the end of 2022 "an extension of the upward trend in the volume of sectoral business is expected, in a context of a new rise in the demand for fuel and an additional rise in prices in a context of sharply rising oil prices." However, a slowdown in sales volume growth is expected in the second half of the year due to the deteriorating economic situation."

At the end of 2021 there were 14,231 operating service stations in the Iberian market as a whole, 1.1% more than in the previous year, "maintaining the moderate growth trend observed in previous years".

‹ ›
Keywords:
PortugalGasolinerasDBKInforma
Your comment has been forwarded to the administrator for approval.×
Warning! Will constitute a criminal offense, illegal, threatening, offensive, insulting and swearing, derogatory, defamatory, vulgar, pornographic, indecent, personality rights, damaging or similar nature in the nature of all kinds of financial content, legal, criminal and administrative responsibility for the content of the sender member / members are belong.
Related News