Ayuso: "I won't be able to represent Spain optimally, I feel like I need to recover both physically and mentally". 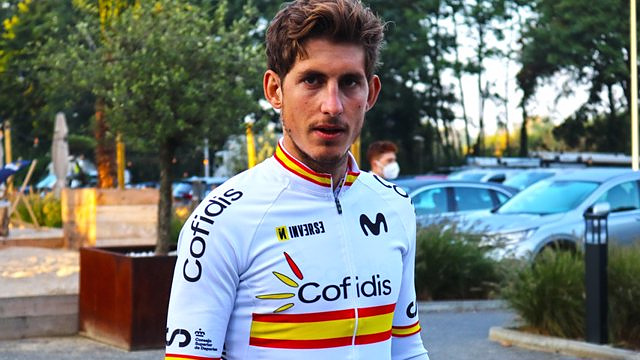 Ayuso: "I won't be able to represent Spain optimally, I feel like I need to recover both physically and mentally"

The Asturian cyclist Iván García Cortina (Movistar Team) will replace Juan Ayuso in the Spanish National Team to compete in the Cycling World Championships, which will be held from September 18 to 25 in Wollongong (Australia) after the resignation of the rider from the UAE Team Emirates , as reported on Wednesday by the Royal Spanish Cycling Federation (RFEC).

Ayuso, at 19 years old, has just competed in the Vuelta a España, his first 'big' in which he finished in third position, behind the winner Remco Evenepoel (Quick-Step Alpha Vinyl) and the Spanish Enric Mas (Movistar Team ). For this reason, the young cyclist announced yesterday afternoon his resignation from participating in the World Cup due to the "great effort" made.

"The news has been received with disappointment within the RFEC, since Ayuso was going to be one of the pillars of the national team in Australia. From the RFEC we accept and understand his decision after the great effort made in the Vuelta and we hope that In the future, he can defend the jersey of the Spanish National Team and achieve great successes, just as he has done in lower categories," they said in the statement.

For his part, Ayuso thanked the "trust" and "understanding" of the coach, Pascual Monparler, and the Spanish Cycling Federation. "I have made the difficult decision not to go to the World Cup because I consider that I will not be able to represent Spain in an optimal way, but I feel that I need to recover both physically and mentally," he said.

In this way, the team will be made up of García Cortina, Marc Soler, Urko Berrade, Roger Adriá, Jesús Ezquerra, Eduard Prades, Gotzon Martín and Oier Lazkano.

‹ ›
Keywords:
Díaz AyusoEmirates
Your comment has been forwarded to the administrator for approval.×
Warning! Will constitute a criminal offense, illegal, threatening, offensive, insulting and swearing, derogatory, defamatory, vulgar, pornographic, indecent, personality rights, damaging or similar nature in the nature of all kinds of financial content, legal, criminal and administrative responsibility for the content of the sender member / members are belong.
Related News