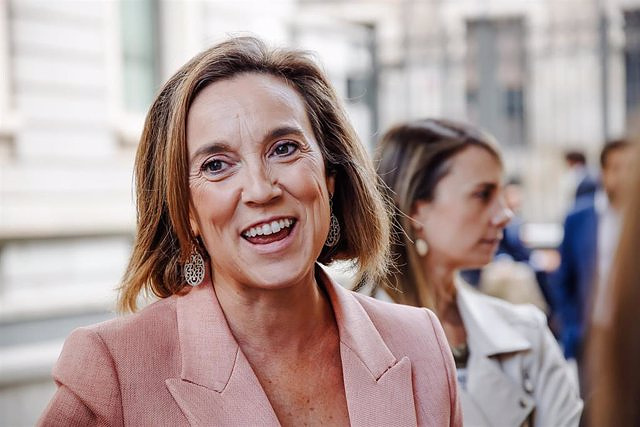 The general secretary of the Popular Party and spokesperson in Congress, Cuca Gamarra, has accused the Government this Thursday of "persecuting" its formation by seeking "parallel trials" by approving investigative commissions in the parliamentary sphere.

In these terms, the 'popular' has been expressed in an interview on Radio Nacional, collected by Europa Press, when asked by the new commission of investigation that this Thursday the Congress of Deputies approves of the Ministry of the Interior during the Government of Mariano Rajoy.

"Parliament, instead of letting the judges work and dedicate themselves to legislating and finding solutions, is looking for ways to weaken and generate parallel commissions in the parliamentary sphere with the aim of persecuting the pp," said the PP deputy.

In this sense, he has assured that if the formation of Núñez Feijóo was not the alternative to the Government of Pedro Sánchez, they would not have these commissions that, according to Gamarra, try to "seek parallel trials".

"We are used to opposing the opposition and instead of legislating against the problems of the Spanish, the Government and its partners dedicate themselves to this," said the general secretary of the PP.

In this key, he has asserted that they are going to collaborate as they have "always" done, at the same time that he has stressed that this "has a judicial scope and that this should be respected."

Asked about the fact that the judge of the National Court (AN) Manuel García Castellón is requesting the audios of Commissioner Villarejo and if he believes that the investigations can be reopened, Gamarra has pointed out that the PP has given "sufficient" explanations on this matter. "It is an issue that is there and we are not concerned at all," she added.