If the coalition led by Mélenchon wins the majority, he could become Prime Minister of France. 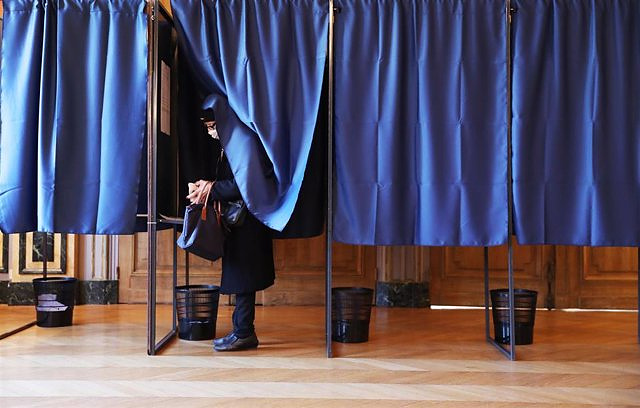 If the coalition led by Mélenchon wins the majority, he could become Prime Minister of France

Almost 49 million people are called to vote this Sunday in France in the framework of the legislative elections, whose second round will be held on June 19 and which could result in a severe setback for the president, Emmanuel Macron, if he fails to renew his absolute majority in Parliament.

The electoral appointment takes place just two months after the presidential elections that will allow Macron to remain another five years in Elíseo after winning Marine Le Pen, who managed to raise the extreme right above 40 percent of the votes.

Now, the leftists grouped together by Mélenchon in a single candidacy under the name of the New Popular Ecologist and Social Union (known as Nupes) aspire to become the main opposition group and snatch Macron's majority in the National Assembly, something that could turn the leader of France Insoumise as prime minister, which would generate a coexistence between president and head of government of different political persuasion.

In this case, Macron and his centrist allies would need to join forces to push through their projects and regulations, either by forming a governing coalition or by gathering the necessary votes each time.

This scenario requires a greater commitment from the parties to carry out the government's agenda, and forming a coalition could mean leaving some portfolios in the hands of rival parties for the sake of cooperation.

Cohabitation has occurred on three other occasions in the French Fifth Republic, the last one between 1997 and 2002, and 'a priori' the reduction of presidential mandates from seven to five years makes it difficult for it to happen again.

With the current laws on the table, the Elysee and the National Assembly are renewed practically at the same time, just a few weeks apart, so the political trend should hardly change. However, this time the opposition parties are trying to make an anti-Macron front, both to the left and to the right of the president's political spectrum.

Mélenchon, who has managed to unite the left for only the sixth time in a century, works in this way to carry out an anti-Macron front, a strategy also followed by Le Pen, who has his sights set not only on the extreme right but also on the "patriots" from moderate groups like the Republicans.

Added to the virulent battle between the candidates of the presidential majority and Nupes is criticism from within the current government. The former Minister of Health and now in charge of relations with Parliament, Oliver Véran, has criticized the program of France Insumisa and has recalled that the country has gone through a strong crisis, "with the yellow vests", in addition to a pandemic and a war in Ukraine.

"Let's not add to this an institutional crisis that would make the country ungovernable," he declared shortly before the end of the campaign. "I believe and I hope that we will have the majority (...) because a cohabitation with an extreme political force is not a cohabitation with a government party," he said before insisting that Mélenchon does not represent the center-left.

Mélenchon himself has sparked controversy this week after accusing the Police of "killing" and calling a police union a "fractious group" for his defense of the officers who shot a woman to death inside her vehicle after for her to run away.

This has led figures such as Élisabeth Borne, Prime Minister, to express that these are "outrageous" and "shocking" statements and to accuse Mélenchon of "lacking republican principles".

Christophe Castaner, spokesman for La República en Marcha (LREM) in Parliament, has accused the left of "wanting to ban everything", according to information from the newspaper 'Liberation', and has pointed out that the program has "Soviet" nuances. "They offer us a vision of society in which either everything is prohibited or everything is allowed."

Macron, in response to the attacks received from the coalition, has promised to give more voice to the population, especially in the provinces and has warned that the country is facing a scenario similar to the one that followed the Second World War, a "historical" moment " which could lead to a "profound change".

The latest polls on voting intentions point to less support for Macron and his LREM and an increase in support for the coalition of leftist parties led by Mélenchon.

A survey carried out by Ifop-Fiducial for the LCI TV network has indicated that the formation of the president could be done with a range of between 250 and 290 seats in the National Assembly, which represents a decrease compared to the estimates of last May.

The data estimates that Nupes could win between 195 and 230 seats, a clear increase compared to the data previously collected. Macron needs to win 289 seats out of the total of 577 that make up Parliament to maintain an absolute majority.

However, other polls, such as that of Ipsos-Sopra, project a maximum of 200 seats for the left, while Le Pen's National Assembly could obtain between 15 and 45 seats, although Macron's formation remains the favorite, ahead of the Nupes.

For these elections, the majority of the deputies are opting for re-election for their respective constituencies, as confirmed by the data collected by the newspaper 'Le Figaro', which indicates that 440 of them have presented themselves again to the elections.

Abstention could play a key role in this weekend's elections. According to the polls, this could exceed the record of 51.3 percent registered five years ago, in line with the results obtained after the presidential elections, which resulted in unprecedented levels of abstention since 1969.

Experts warn that French society is "dissatisfied and apathetic" in relation to politics and, in addition, Macron has lost the surprise factor that he had in 2017, when he promised profound political change.

Currently, the polls indicate that confidence in the head of state and his formation has decreased significantly as the French perceive the government as "insufficient", although the population fears that Nupes could fail where the current Executive has achieved good results.

Everything indicates that abstentionism could reach 52 percent in the face of these legislative elections at a time of great relevance for French politics and, above all, for the future of Macron and his allies in Parliament.