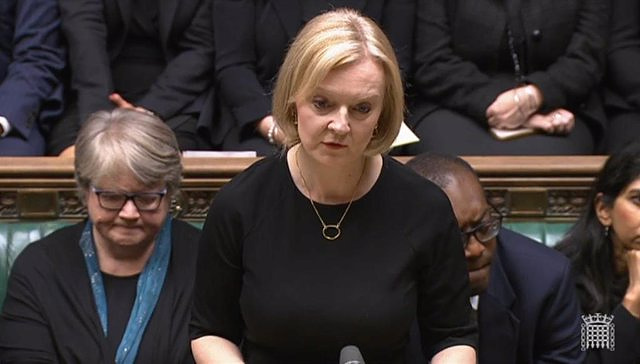 Two former British government officials have accused Prime Minister Liz Truss of damaging Britain's system of government by sacking one senior official and dismissing another in her first days in office.

Robin Butler, who served for three prime ministers, and Gus O'Donnell, cabinet secretary from 2005 to 2011, have warned that Truss's decision to fire Treasury Secretary Tom Scholar could undermine the country at a time of big change, reported Bloomberg.

This decision to fire a top official from the body that controls the nation's finances, in his first days in office, had never happened before.

In addition, Truss has replaced National Security Adviser Stephen Lovegrove with an ally from the Foreign Office, a portfolio that Truss led before winning the Conservative Party primary against Rishi Sunak.

According to Butler, these measures are "improper" and could "corrupt" state institutions.

Due to the death of Queen Elizabeth II, the country has decreed a period of national mourning. In this sense, Parliament does not meet until the funeral out of respect for the longest-serving monarch in the United Kingdom.

For this reason, Butler has asked that in this period of change - a new monarch and a new prime minister - "the cement that can hold the system together" is needed. "If there was ever a time when we needed experience and continuity," she added after participating in the program 'This World This Weekend' on the BBC.

For his part, O'Donnell explained that with these actions Truss will not get the support of the institutions. "She needs to understand that firing someone without notice and for no apparent reason, someone who is held in high regard by the foreign ministers of all political parties, is no way to earn respect," she said.