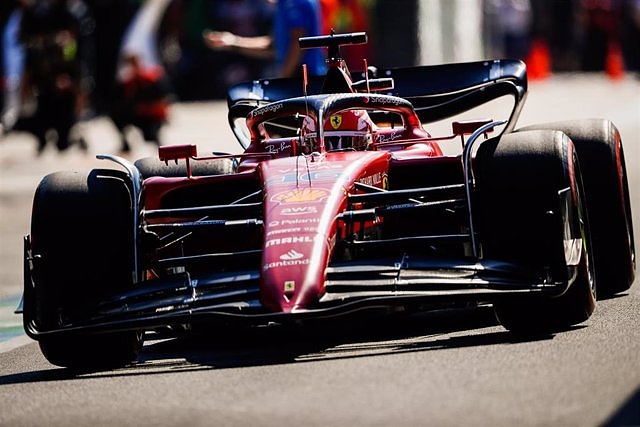 The Monegasque driver Charles Leclerc (Ferrari) was the fastest in the first free practice sessions of the Italian Grand Prix, the sixteenth round of the Formula 1 World Championship, ahead of the Spanish Carlos Sainz (Ferrari), a session in which the leader of the World Championship, the Dutchman Max Verstappen (Red Bull), did not want to show his cards and in which Fernando Alonso (Alpine) offered good feelings, seventh.

The current champion did not want to show his real pace and finished fifth, just behind the Ferrari drivers, today in yellow to commemorate the 100th anniversary of the Monza Autodrome, and the Mercedes, who exhibited a good pace and placed George Russell third. and Lewis Hamilton, fourth.

The Alpines have also left a good feeling, with Alonso seventh just behind his teammate Esteban Ocon, good news for the French team, which could take advantage of the numerous penalties that have been known this Friday.

On a day marked by the death of Queen Elizabeth II of England, the entire paddock observed an emotional minute of silence in tribute to the monarch, only broken by heartfelt applause. 'Subjects' like the British Hamilton, Russell or Lando Norris (McLaren), the Australian Daniel Ricciardo (McLaren) or the Canadian Lance Stroll (Aston Martin) wore black bracelets.

The action moved to the track, but the news jumped out of it, confirming that Hamilton and Yuki Tsunoda (AlphaTauri) would start from the bottom of the grid to change engine. Also at the end, although ahead of the English and the Japanese, the Finn Valtteri Bottas (Alfa Romeo) and Sainz will start after losing 15 positions for changing components, in the case of the Spanish, the gearbox, as well as the Mexican Sergio Pérez (Red Bull), which will be delayed ten.

Some sanctions that will completely disrupt the grid and from which the World Cup leader, the Dutchman Max Verstappen, will not be spared, who will replace the internal combustion engine (ICE) and who will be weighed down five positions. Among the drivers in the upper general classification, only the Monegasque Charles Leclerc (Ferrari) seems to be spared.

On the asphalt, no one dared to try the soft tire in the first section of the session, where everyone focused on testing things with the hard one. Verstappen, with means, marked the first great reference time before Leclerc, having passed the equator, unseated his mark already with the soft rubber. The two 'Scuderia' cars rose to the top of the time table and no one disputed their dominance.