Fernando Alonso: "I hope to fight for more important things with Aston Martin" 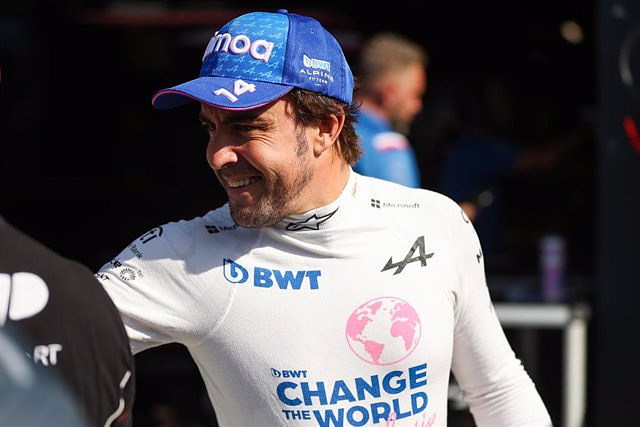 The Spanish driver Fernando Alonso showed his optimism for the coming season in Formula 1, where he will run with Aston Martin, a team in which he hopes to "fight for more important things" than in Alpine, with which he maintains an "ideal" relationship. .

"The goal for the future is to try to have a competitive car that allows us to fight and there the change to Aston Martin. Change of team and I hope to be able to take that important leap to fight for more important things," Alonso explained this Wednesday in the social networks of the telecommunications operator Finetwork.

Along these lines, the 41-year-old veteran driver showed his confidence with Aston Martin. "They have resources, investment and talent, recruiting number one engineers from Red Bull and Mercedes. This year they have started badly, but sometimes this gives you that spark and ambition. We are going to try to turn the situation around," he added.

Before his new experience, the Spaniard hopes to get a podium this season with Alpine, a team with which he has a good relationship. "What Renault and I have done will always be part of history," he said of the French team, with which he will try to finish off in the best possible way.

"The podium is closer than other years, but you need the help of the cars in front. This year we are sixth and seventh and if in any race there is a touch in front, we are here to take that opportunity. There are still opportunities," explained the two-time champion of the world.

Alonso, who hopes to continue at least two more seasons in Formula 1, admitted the difficulty of winning. "I have been very lucky to have tasted it already in the past. Now we are in another position fighting for the 'Top-5'. He only wins one. Hamilton did it for seven years, and now Verstappen could do it for the second time. I don't think that what I do with Leclerc, 'Checo' Pérez or Magnussen makes a lot of difference.

For this reason, the Spanish pilot does not have the Triple Crown in mind. "Until I'm in F1 I don't think about three categories because the calendar is very demanding. I don't know about it in the future, but it's not in my head right now," he settled.

Asked about his curiosity in the 'paddock', where the cameras caught him reviewing the configuration of the car of his future team, he acknowledged that he does it from an "amateur" point of view. "Sometimes we do it when the race is over. You take a look at it, but without knowing what you're looking at. You see a bit of the seat, belts, comfort and convenience things, more than performance," he added.

On his assessment of his second season after his return to competition, the pilot showed his joy after a "tremendously" unfortunate start. "This year I think I'll also end up happy with the level after coming back. At the beginning I lost 40-50 points due to mechanical problems and we're having a good year," he said.