Fernando Alonso and a new challenge in his career 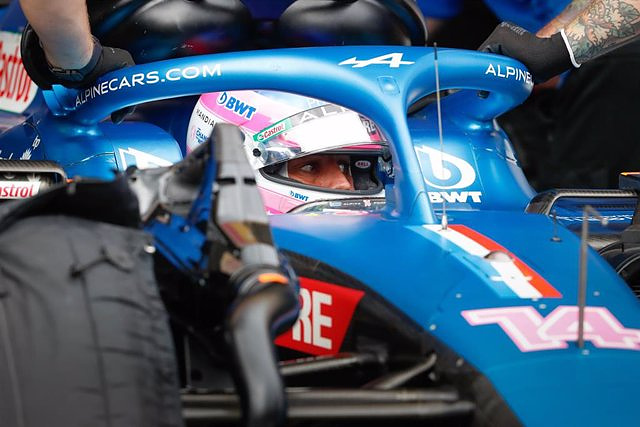 Fernando Alonso surprised this Monday by announcing his signing for the Aston Martin team from next season, the sixth team for the Spaniard in his long career. Next, we review his moves and how he fared on each of his teams.

1. Minard. The Spanish driver came to Formula 1 at the hands of Minardi, although it was already owned by Renault. He played his first season in 2001, being the third youngest driver in history to debut. In it, despite failing to score, he was better than his two teammates and came to outperform the Renault drivers in the race, which earned him a 'promotion' to the French team.

2. Renault. He joined in 2002, although the first year he was the third driver behind Jarno Trulli and Jenson Button. The following year was his first full season with the French team, in which he was the big revelation, winning a race in Hungary and getting on the podium four times. The year 2004 was even better, with much more consistent results, he finished fourth in the World Cup.

In 2005 and 2006 it was his great explosion with Renault. He won the two world titles in a row, winning 14 races in that time and breaking the hegemony of Michael Schumacher. At 25 years old, Fernando Alonso was two-time Formula 1 world champion and had time ahead of him to become a legend in this sport.

3. McLarens. But after his second title with the French team he decided to sign for McLaren, who made a big bet to try to win a World Cup again that they had not achieved in the 21st century and who put a very young and debutant Lewis Hamilton as his partner, who demonstrated he wanted to be number '2'. 2007 was a very complicated year and very convulsive in the non-sporting aspect, personified in the well-known incident in the qualification of Hungary.

Despite having the better car, fights between the two drivers and internal disputes caused them to lose the title by a single point in the last race to Kimi Raikkonen despite the fact that both the Spanish and British drivers had been ahead the entire the bell. The man from Oviedo gave up his crown and finished third.

4. Renault. After what happened, Fernando Alonso terminated his contract and returned to his old team, whose performance had fallen in the season that he was not. With a single-seater that was not designed to win races, the Spaniard managed to win two Grand Prix in his first year and in the two seasons he was on the podium.

However, his first victory, in 2008 in Singapore, there was a subsequent investigation to clarify what had happened to his teammate Nelson Piquet Jr in the accident that had favored him and that it was determined that he had been ordered. Alonso was not sanctioned, but Pat Symonds was and, above all, a Flavio Briatore, suspended for life, although the justice later lifted this punishment.

5.Ferrari. In 2010, the legendary Italian team signed him after Raikkonen retired with the intention of winning the World Cup again in the midst of the emergence of Red Bull. Alonso showed nothing more than his level and reached the last race leading the championship, but a strategic error in the final round of Abu Dhabi gave the German Sebastian Vettel his first title in an agonizing way.

The following years in the Italian team were no better. In all of them, except in 2011 and 2014, he fought for the title until the end, but the only thing he ended up achieving in four years at the 'Scuderia' were three world runner-up finishes that ended up wearing the Spaniard down a lot. In 2012 he again fell short in the last race, after a hectic race in Brazil where he finished second and was avoided by an epic comeback from Vettel.

6. McLarens. With his time at Ferrari closed, he returned to McLaren, much changed from his first stage and beginning an exciting stage with Honda, whose engine never gave the expected performance. The Spaniard hit rock bottom in his first season, finishing seventeenth in the World Cup, the worst position of his sports career. In addition, when he arrived at the British team, he suffered perhaps the worst accident of his career in the Montmeló tests and even missed his debut in Australia 2015.

The four seasons were an ordeal. Alonso abandoned 29 times in his second stay with the Woking team, more than an entire World Championship lost due to different problems in his car and in total he added 132 points, with four fifth places as the best performance. After this black stage, he chose to temporarily withdraw from competition, participating in other races such as the 24 hours of Le Mans, the Indianapolis 500 miles or the Dakar Rally, although since 2017 he had already alternated Formula 1 with other speed competitions. taking advantage of McLaren's involvement.

7. Alpine. In 2021 and after two years absent, Fernando Alonso returned in style to Formula 1 with Alpine, the new Renault brand. The Spaniard was once again able to enjoy a car that was reliable, although his performance allowed him to fight for points. Anyway, he continued to demonstrate his driving and experience, and in Qatar he was able to get on the podium in third position, seven years after the last time.

Under a motto like 'The Plan' and thanks to the entry of the new regulations, the man from Oviedo was optimistic, especially for 2023. This year there was a step forward, but luck has not accompanied him at the start of the campaign and march tenth.

‹ ›
Keywords:
Fernando AlonsoAston Martin
Your comment has been forwarded to the administrator for approval.×
Warning! Will constitute a criminal offense, illegal, threatening, offensive, insulting and swearing, derogatory, defamatory, vulgar, pornographic, indecent, personality rights, damaging or similar nature in the nature of all kinds of financial content, legal, criminal and administrative responsibility for the content of the sender member / members are belong.
Related News