Felipe González: the rule that repeals sedition is not approved in Europe and what happened was not just public disorder

He does not like that the former Minister of Justice for the TC has been proposed and believes that the blockade of the CGPJ "cannot be justified" due to sedition. 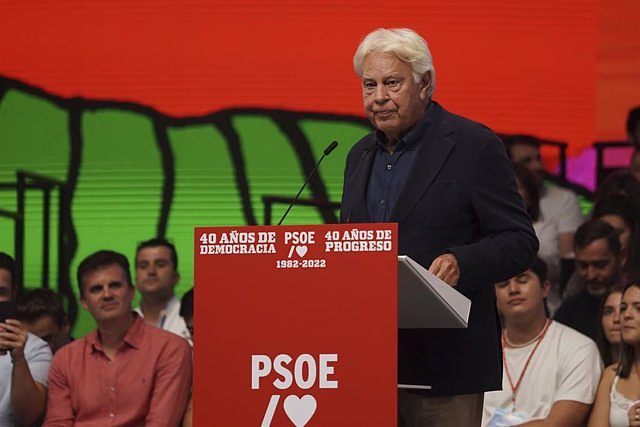 The former president of the Government Felipe González has rejected this Friday that what happened in Catalonia in 2017 be classified as public disorder - a crime with which the Government has replaced sedition - and has assured that the classification "has no comparison with any European regulations".

"If they have tried to typify what happened in Catalonia, the typification neither conforms to reality nor has it compared with any European regulations," he assured in an interview on Antena 3, collected by Europa Press. "What I am saying is that the norm that I know of is not comparable with Europe if it tries to typify the behavior of September 2017 in Barcelona," she clarified.

Felipe González has pointed out that if one reviews all the legal systems, "public disorder is occupying a railway station." "Public disorder, people moving in the street, the authorities bringing disconnection laws to Parliament is not the same," the former socialite president emphasized.

Asked about whether he considers, as Javier Lambán points out, that there is a drift in which the Basque Country is disconnected and Catalonia is on the way, Felipe González says that "there is less tension than in 2017 without a doubt", but it cannot be know if the problem is "closer to or further from being resolved."

Of course, he added that "despite the verbalization made by the pro-independence groups in Catalonia" today "they are much further from their objectives than in September 2017".

On the blockade of the Judiciary, Felipe González has taken advantage of this space to ask the fundamental actors to "respect and enforce" the Spanish Constitution. "To make it respected, they first have to respect it", he has disfigured the parties involved in the renewal of the General Council of the Judiciary (CGPJ).

Of course, he has assured that "the lack of respect for the Constitution" that implies having the CGPJ blocked for more than four years "cannot be justified because you present a reform of the Sedition Law." In his opinion, this cannot be an excuse because one, two or three years ago there was no controversy over sedition and they did not agree to renew the body for the election of judges.

Felipe González has compared the constitutional rules with the foundations of a building. "Although they cannot be seen with the naked eye, it is what the building is based on," he explained, at the same time that he has warned that if someone does not comply with these rules, he is breaking his promise to the Constitution.

Specifically, on whether he tried to convince the leader of the PP, Alberto Núñez Feijóo, to reach an agreement, the former president has assured that "he has spoken with everything." "With everyone", emphasized the socialist, who says that everyone has told him that he "now renews himself". "It seems to me a serious responsibility that we have the CGPJ on 'stand by' for four years. Imagine that a government decides that it is not going to call elections because it does not see the conditions," he added.

Finally, in relation to the appointments of the Government to renew the Constitutional Court, the Socialist has admitted that "personally" he does not like that the former Minister of Justice Juan Carlos Campo has been chosen as a magistrate. "But he does not break any ethical norms," ​​he stated below.

‹ ›
Keywords:
Felipe González
Your comment has been forwarded to the administrator for approval.×
Warning! Will constitute a criminal offense, illegal, threatening, offensive, insulting and swearing, derogatory, defamatory, vulgar, pornographic, indecent, personality rights, damaging or similar nature in the nature of all kinds of financial content, legal, criminal and administrative responsibility for the content of the sender member / members are belong.
Related News