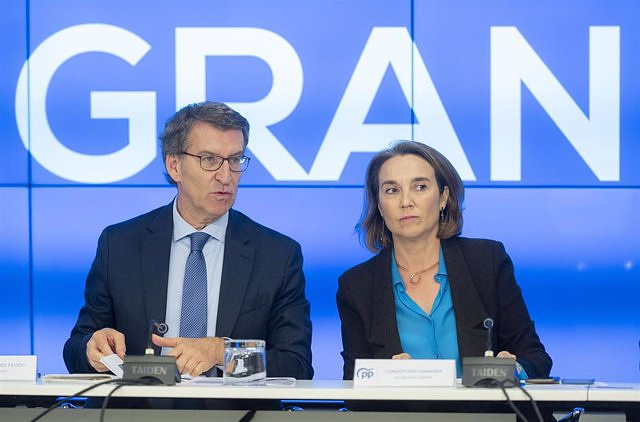 The leader of the PP, Alberto Núñez Feijóo, announced this Monday that his formation will present a proposal so that sedition remains in the Penal Code and "any illegal call to separate a community from the rest of Spain" is introduced as a crime. In addition, he has criticized that they are already "threatening" to also modify the crime of embezzlement, something that, according to him, "would already be the last straw."

This has been pronounced in his speech before the National Executive Committee of the PP, where he has focused above all on the Government's decision to repeal the crime of sedition, but has also confirmed that the Popular Group has presented the appearance of the President of the Government, Pedro Sánchez, to report on the Melilla tragedy on June 24.

The head of the opposition has appealed to the barons of the PSOE because in repealing the sedition "there are no half measures" and they are "obliged to step forward but not only to speak" but they have to "position themselves and vote". "That the rioters are the ones who are going to repeal their own crime is an unjustified cacicada in a consolidated democracy", he has emphasized.

In addition, Feijóo has indicated that they are already "threatening" to also modify the crime of embezzlement and that "it would already be the last straw." In this sense, he has pointed out that it is possible that more "cessions" will come, such as "forgiving embezzlement". In his opinion, there is no democratic principle capable of justifying the independence movement making a Penal Code "to its measure" and that it has the "complicity" of the Prime Minister.