He assures that the Government "must stop pretending that nothing has happened at the Melilla fence" and give explanations. 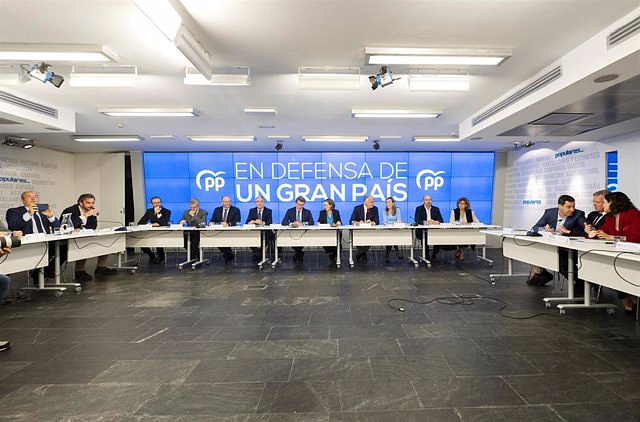 The leader of the PP, Alberto Núñez Feijóo, has summoned this Monday the head of the Executive, Pedro Sánchez, to appear urgently in the plenary session of Congress to give explanations about the Melilla tragedy and "purify responsibilities". In addition, he has warned that the "scandal of giving privileges" to the independentists with the repeal of the reform of the crime of sedition cannot "cover" "other government scandals."

The Popular Group has formally registered this Monday in Congress that request to appear in plenary so that the Chief Executive renders an account of his "terrible management." The general secretary of the PP and spokesperson in the Lower House, Cuca Gamarra, has justified this step in the face of the "refusal" of the Minister of the Interior, Fernando Grande-Marlaska, to appear in parliament and "provide the videos" that have been requested .

In his speech before the National Executive Committee of the PP, Feijóo alluded to the BBC documentary about this tragedy and how they are witnessing "with concern" more "revelations" about the "very serious events that occurred at the Melilla fence in June".

The leader of the PP has indicated that they have been "prudent" these weeks and have asked the Government for information on a matter on the understanding that "it affected national security and human rights".

"This information was denied to us and we know that the explanations offered by Minister Marlaska and the Prime Minister were not only scant and lacking in sensitivity to a human tragedy, but they were also false," he proclaimed.

At this point, he has insisted that the Executive must offer explanations. "At this point in its mandate, we know that the word of this government is worth between little and nothing, but when the lie is so obvious and affects something as basic as human rights and the image of an entire country, a government must assume the seriousness of the facts," he asserted.

Feijóo has assured that the Government "must stop pretending that nothing has happened at the Melilla fence, give explanations and purge the appropriate responsibilities". "And especially the person who said this matter was well resolved has to do it," he said.

In this sense, he has indicated that he has instructed the Popular Group to register the appearance in Congress. "If other formations want to save it, they will have to justify it", declared the president of the 'popular'.

Feijóo has alluded to what happened only in the last week: --EU's denial of economic forecasts; questioning of the independence of the ECB; confrontation between PSOE and its partners over trans and housing laws; discussions between Yolanda Díaz and Pablo Iglesias; lies about the events in Melilla and the reform of the Penal Code to abolish the crime of sedition to point out that "it is not easy to keep up with the Government: nonsense after nonsense and crisis after crisis".

Finally, he has proposed to respond with "moderation, serenity and centrality" to the Government of Sánchez. "We are not here to insult him or to combat his radicalism with more radicalism or to give Spain more histrionics or occurrences. We are here to win," he stressed.