Feijóo sees Sánchez in "an irremissible phase of deterioration": It is "the autumn of the patriarch" 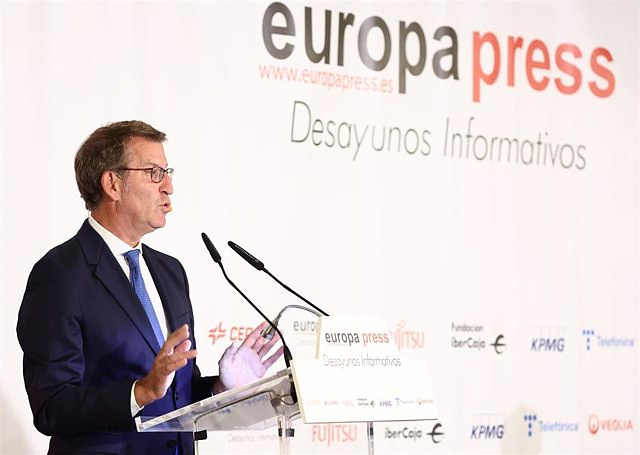 The president of the PP, Alberto Núñez Feijóo, sees Pedro Sánchez and his coalition government in an "irremissible phase of deterioration", as in "the autumn of the patriarch", and accuses him of being more concerned about "stigmatizing the adversary" and deny the alternative.

At the Europa Press Informative Breakfast, Núñez Feijóo pointed out that "it is impossible to count the fragments of the Executive" and that it is "a generosity" to call it a coalition government. But, in his opinion, the problem is not the ministers, but the one who appoints them, Pedro Sánchez, who has turned the Government of the Nation into a "personal project".

He also blames the Government for "permanent improvisation" when it comes to acting and sums it up in one sentence: "It is impossible to do good politics when so much time is spent taking out votes at the last minute," he said. "It is arcane to offer stability to the country when the government has failed to provide stability to itself".