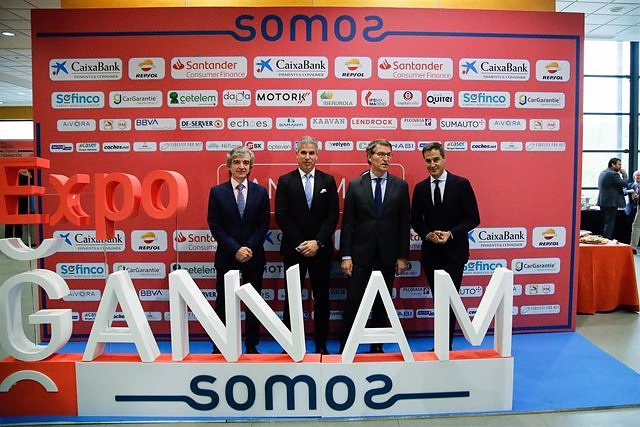 The leader of the PP, Alberto Núñez Feijóo, has requested this Tuesday from the Government a new Strategic Project for the Recovery and Economic Transformation (PERTE) of the automotive industry after the "failure" of the current one, since 70% of the aid is not awarded . In his opinion, it is an "error" to be "exclusively promoting the electric vehicle" because most citizens cannot buy it, nor are there stations deployed to use this technology.

"The economic crisis that has ensued from the pandemic is deeper than what the governments warned us about and we are in a critical situation in some sectors. In the automotive sector, without a doubt," Feijóo declared at the opening of the second edition of expoGanvam, annual Congress of the National Association of Vehicle Sellers and Repairers (GANVAM) held at IFEMA.

After lamenting the "intense" drop in sales, Feijóo stated that this is a key sector of the Spanish economy and it is necessary to "prioritize European funds and industrial policies". At this point, he has indicated that the Executive of Pedro Sánchez must listen to the automotive sector because the Government's measures have "a lot of ideological bias" and "little technology".

Feijóo, who has underlined that Spain is at the bottom of Europe in the recovery of the pre-pandemic GDP and in the execution of European funds, has indicated that the fact that the activities of sale and repair of automobiles are left out of the Perte of the automotive industry is "a serious mistake".

"This Perte was born badly because the Government announced the beneficiaries of the Perte before the aid was called and, in the end, free competition was questioned and it took more than six months from the time the Perte was announced until the bases of the same were published. ", he indicated.

In this sense, he stressed that a year and a half after initiating the definitive resolution "its failure has been verified" because 70% of Perte's aid has not been awarded, so that of the 24,000 million planned, only about 2,200 million have been mobilized .

In his opinion, it is a "serious failure" and "a new Perte of the automotive industry is needed, which is convened with transparency, which works on free competition and the effectiveness of the destiny of that Perte is guaranteed". In addition, he has said that this new part must take into account vehicle salesmen and repairers.

Feijóo has pointed out that the Government "is trying to sell electric vehicles and not to remove vehicles over 10, 12, 13, 14 and 15 years old from the roads" because those "do emit" and they have to be removed to do " the transition in an orderly manner.

The leader of the PP has opted for more funds for the sector and lower taxes due to the "record collection". Thus, it has defended lowering the taxation associated with the increase in the registration tax, requesting a moratorium on the measures of the committee of experts on taxation, which do increase the tax burden on fuels, and evaluating lowering the special tax on hydrocarbons with a moratorium on application while maintain "this deep energy crisis".

‹ ›
Keywords:
FeijóoPPFondos Europeos
Your comment has been forwarded to the administrator for approval.×
Warning! Will constitute a criminal offense, illegal, threatening, offensive, insulting and swearing, derogatory, defamatory, vulgar, pornographic, indecent, personality rights, damaging or similar nature in the nature of all kinds of financial content, legal, criminal and administrative responsibility for the content of the sender member / members are belong.
Related News