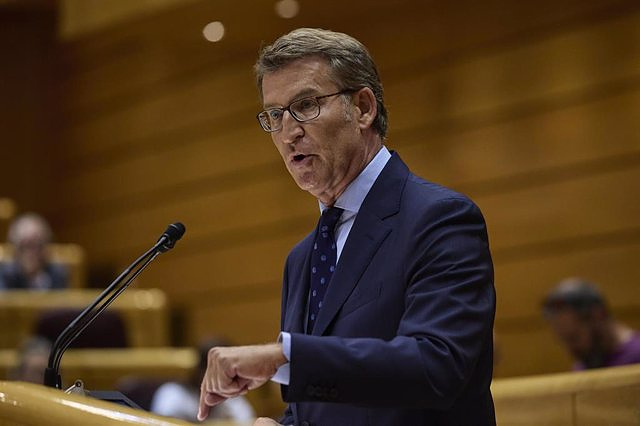 The president of the Popular Party, Alberto Núñez Feijóo, has assured this Wednesday that he felt president of the Government for an hour during the debate held in the Senate before the "angry and nervous" attitude of the leader of the Executive, Pedro Sánchez, whom he saw converted in chief of the opposition.

Feijóo has transferred that he saw a Pedro Sánchez become a "quite angry and quite nervous" opposition leader. "I was the object of the greatest furious attack by the prime minister of a country on a leader of the opposition," he pointed out, while assuring that as president of Galicia for 13 years he would never have dedicated an appearance to the opposition.

The Galician leader considers that Sánchez "repents more" of having accepted this monographic plenary session that he requested given the convenience that the Spanish know "the lack of proposals" and, given this, what is the alternative.

On the sidelines, asked Sánchez's accusations in which he describes him as a doomsayer and leader of the powerful, Feijóo pointed out that the former president of Podemos, Pablo Iglesias, "has become more judicious than Sánchez." In addition, he has suggested that he may intend to occupy the electoral space of the 'purple' formation.

"He has chosen to make a broad front of the left and has left social democracy an orphan", emphasized the 'popular', who considers that Sánchez is responsible for carrying out a "political mutation of his party".