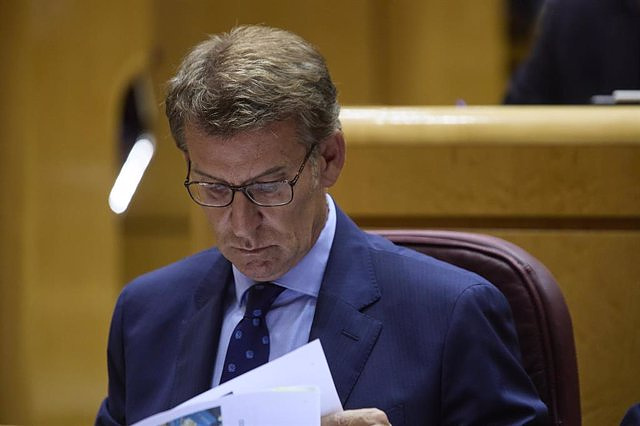 The president of the Popular Party, Alberto Núñez Feijóo, has proposed to the Government that, instead of sanctioning, reward consumers, families and SMEs that save energy with direct discounts on the receipt.

This is how Feijóo pointed out this Tuesday in the Senate after the intervention of the President of the Government, Pedro Sánchez, in the Upper House to report on the shock plan for energy savings and management in air conditioning and its territorial perspective, as well as the economic and social context .

"Award direct discounts on bills to consumers, families and SMEs that save 3, 5 or 20% on energy. Don't increase their bill, lower it," Feijóo urged the Executive.

In addition, the leader of the Popular Party has listed other proposals included in his energy plan, such as giving aid so that industries do not close, making a massive commitment to renewables avoiding bureaucracy or taking advantage of all energy sources, including nuclear ones. .

During his speech, Feijóo welcomed the announcement made by the President of the Government before the Upper House that the large cogeneration industries will be temporarily covered by the gas cap.

"If the appearance has been worth something, it is for you to rectify again and include the industry that uses cogeneration in the gas reduction", greeted the president of the PP.

In fact, PP sources have criticized that the "great announcement" this Tuesday by Pedro Sánchez on the cogeneration industries is a measure that the formation proposed this weekend and was reiterated yesterday by the president of the PP, Alberto Núñez Feijóo. "Delighted to help the Government. We ask you to continue copying the economic plans of the PP by deflating personal income tax for medium and low incomes to face the effects of inflation," they emphasized.

Feijóo has asked Sánchez for a new energy model for Spain without ideological apriorisms to be adopted in a coordinated way, and he has announced that in that case he would enjoy the support of his parliamentary group in the Congress and in the Senate.