He confirms that this Monday he will send Moncloa and the social agents his proposal, in which "energy experts" have participated. 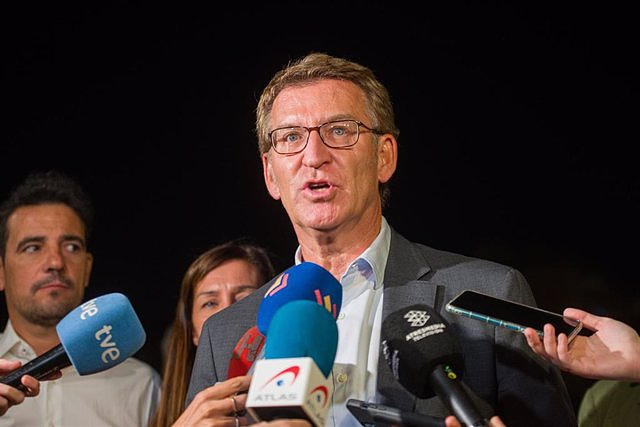 He confirms that this Monday he will send Moncloa and the social agents his proposal, in which "energy experts" have participated

The leader of the PP, Alberto Núñez Feijóo, has proposed this Monday the creation of "an energy Airef" that is in charge of independently evaluating "the energy possibilities" of Spain with a "serious and calm" debate. In addition, he has defended encouraging savings for families and companies through "direct discounts on the bill" and activating "all the energy capacities" of the country, including thermal and nuclear.

This has been advanced in an interview in Cope, which has been collected by Europa Press, where he has indicated that he will send his proposal this Monday to the Government and the social agents after "supervising" it in the PP management committee. According to him, he added, it is a "very broad document made by energy experts" that they have waited to make public after the meeting of prime ministers in Europe was held.

"We make ourselves available again to try, if possible, to talk about it. And I would like to negotiate it, but at least talk about it," he emphasized, to underline that the PP wants to make a "contribution" given that in Spain there is no debate on this matter but "law decrees" of the Government that "improvise measures" and "parcel proposals".

The head of the opposition has pointed out that the PP believes that it is necessary to "encourage saving by families and companies" and has stressed that the best way to do so is through "direct discounts on the bill" from 3 or 5% in electricity or gas. He has specified that this discount would be based on the percentage of savings achieved.

In addition, the president of the 'popular' has stressed that they must preserve the industry that uses a lot of energy and that is decisive for its viability, as is the case with the iron, aluminum or steel industry.

Regarding the energy transition, he has defended that it be done according to "reasonable deadlines" and "knowing that they are in an unprecedented energy crisis in Europe". "We must update the timetable for the energy transition to the reality we are living in," she added.

After welcoming the fact that the Government has promoted the PP's proposals to reduce VAT on electricity and gas from 21% to 5%, Feijóo pointed out that, in the future, they should "create an independent body, a kind of Airef". "We can even entrust Airef, which is an independent body of public accounts, with monitoring energy policy in our country," he added.

The president of the Popular Party has also defended "reaching an agreement to cap the price of renewable, nuclear and hydraulic energy, at least during the time the crisis lasts." He has also advocated activating Spain's energy capacities to the maximum and has highlighted that Germany, for example, has increased the number of thermal power plants, while the United Kingdom and France are betting on nuclear ones.

On the contrary, he has said that Spain has "closed the 14 thermal power plants they had", including Aspontes, despite the fact that 200 million euros had been invested there to comply with gas emissions in accordance with the EU.

"We are the first country in Europe to close all its thermal power plants, we think it is a mistake. And in addition, in Spain we have set an expiration date on nuclear power plants", he pointed out, to emphasize that this action is "an error" because the nuclear power plants that provide 20% of the energy in Spain must be "expanded and extended to send a message of security and stability".

In his opinion, it is necessary to activate "all the installed energy capacities" in Spain, including thermal and nuclear. "We can't unplug what works before plugging in what doesn't work yet," he warned.

When asked why the PP does not talk about fracking as it does in the United States, Feijóo explained that the reserves in that country will probably be higher than those in Spain. "Which does not mean that in Spain, with the information we have, there are no reservations that could be at least studied for the purpose of their exploitation in their case," he added.

That said, he pointed out that this is one of the reasons why his party proposes creating "an energy Airef that deals with the independent evaluation of the country's energy possibilities", allowing a "more serious and calm" debate.

"The objective of the Government is to be the greenest in Europe, regretting that this was already tried in the Zapatero governments and led to a debt of 30,000 million euros for the renewable and photovoltaic premiums that are still being paid", he emphasized. .

When asked if the PP would be willing to repeal the Climate Change Law if it arrives in Moncloa after the next elections, he pointed out that what he proposes is that the Government's energy policy not be based "on ideology but on technology" . "Those things that go against these principles, logically cannot be part of the current legislation in the event that there is a change of government," he added.

‹ ›
Keywords:
FeijóoPPAIReF
Your comment has been forwarded to the administrator for approval.×
Warning! Will constitute a criminal offense, illegal, threatening, offensive, insulting and swearing, derogatory, defamatory, vulgar, pornographic, indecent, personality rights, damaging or similar nature in the nature of all kinds of financial content, legal, criminal and administrative responsibility for the content of the sender member / members are belong.
Related News