He says that Spain "is not going to give in to certain decisions" and that in democracy the important thing is that you can "change the government". 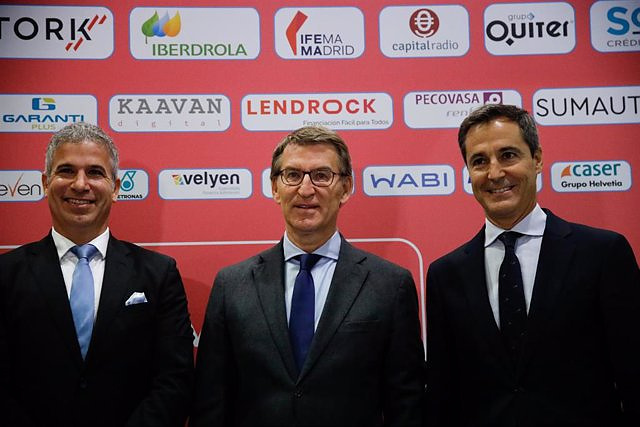 The leader of the PP, Alberto Núñez Feijóo, has guaranteed that his party will defend the rule of law and democracy against "any attack" after the "delirious" decisions of the Government of Pedro Sánchez, alluding to the steps of the Executive to repeal the crime of sedition.

"Spain is not going to give in to certain decisions because what is important in democracy is not only the government that we have at a given moment and its delusional decisions. What is important in democracy is the possibility of changing the government", Feijóo declared at the inauguration of the second edition of expoGanvam, the annual Congress of the National Association of Vehicle Sellers and Repairers (GANVAM) held at IFEMA.

Feijóo has thus reaffirmed himself in the statements he made this Monday before the National Executive Committee of the PP, where he said that his party is here "to win" in the elections, ruling out initiatives such as the motion of censure defended by Vox and Cs after the elimination of the crime of sedition.

The head of the opposition has pointed out that the automotive sector is a sector that, like the Spaniards, "does not give up", since, "whatever happens, "Spain is not going to give up in the face of certain decisions".

That said, Feijóo has stressed that the PP will continue "defending democracy against any type of attack." "And we are going to continue defending the Rule of Law because it is the fundamental value and the bulwark on which we build our democracy," he asserted.

At the end of the act, when asked if the words on moderation and centrality that he pronounced this Monday were addressed to Isabel Díaz Ayuso, and if he believes that the health protest is just a left-wing movement, Feijóo has limited himself to saying that he already spoke yesterday , referring to his speech before the National Executive Committee of the PP.

At that meeting, Ayuso took the floor --behind closed doors-- to blame leftist activism for that demonstration in Madrid. Feijóo made no mention of that health protest and focused his speech on the repeal of the crime of sedition and on demanding explanations for the Melilla tragedy last June.

In that intervention before the PP staff, Feijóo did defend responding with "moderation, serenity and centrality" to the Sánchez government. "We are not here to insult him or to combat his radicalism with more radicalism or to give Spain more histrionics or jokes. We are here to win," he proclaimed.