Feijóo does not see the debate in the Senate as "balanced", but hopes that it will be "the beginning of a change of tone" by Sánchez 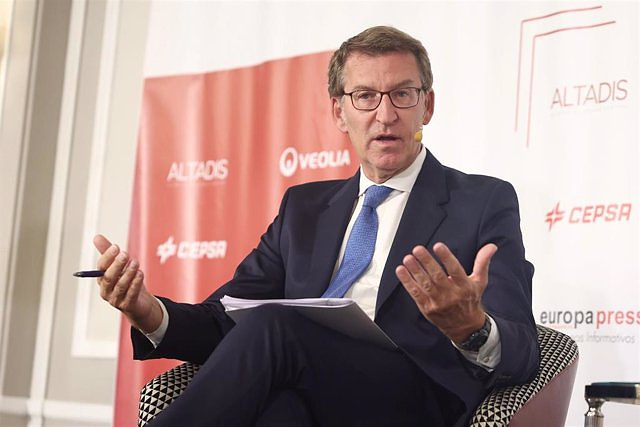 The leader of the PP, Alberto Núñez Feijóo, has questioned the "balance" of the debate in the Senate with the Prime Minister, Pedro Sánchez, due to the times reserved for each one, but nevertheless he has trusted that it will be "the beginning of a change of tone" by the chief executive.

In an informative breakfast organized by Europa Press, Feijóo has questioned that tomorrow Sánchez will not have a time limit while he will only be able to reply for 15 minutes, when in the case of Congress in this type of debate the reserved time is 45 minutes. "It does not seem very balanced", he has opined.

However, he has considered "an advance" that Sánchez has agreed to debate with him and has also considered an achievement that he has accepted the lowering of VAT on gas from 21 to 5% that the PP had raised.

Thus, he has hoped that the debate in the Upper House could be "the beginning of a change in the tone of the Government" and that it "opens up to negotiate, that it bypasses the vetoes of its parliamentary allies and that it can speak with the main opposition party because that is normal in a democracy.

"Let's see if tomorrow we can talk, dialogue and propose, at least that's what encourages me to have asked for that debate and put myself on the platform in the Senate tomorrow," he said.

The leader of the PP has maintained that the question is not who plays more with the debate, if he or Sánchez, since both are nothing more than "two Spaniards" and those who play more are the companies most punished by the prices of the energy and homes.

"We would be making the first mistake," he said. "The question is how we can help and how we can work so that thousands of jobs are not destroyed in our country due to energy prices," she added.