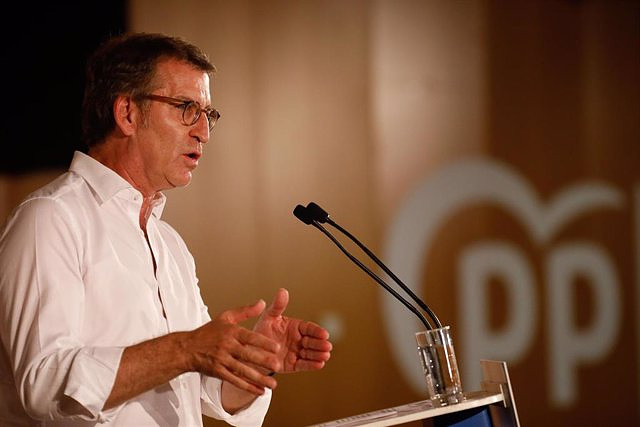 The leader of the Popular Party, Alberto Núñez Feijóo, has demanded this Saturday that "the full weight of the Law" fall on those responsible for the fires since a large percentage are intentional.

"The full weight of the Law must fall on those responsible for the fires, which in a large percentage are intentional," he wrote in a message on the social network Twitter that has accompanied several publications about the origin of the fire in Verín (Ourense). ).

The former president of the Xunta de Galicia has appealed to the public because their collaboration is "essential" to clarify these attacks on natural heritage, "which endanger lives".

The one in the Galician town is a fire declared in the early hours of Wednesday afternoon and of which the authorities do not doubt its intention, as shown by the fact that it started in a dozen different sources.

‹ ›
Keywords:
FeijóoIncendioPP
Your comment has been forwarded to the administrator for approval.×
Warning! Will constitute a criminal offense, illegal, threatening, offensive, insulting and swearing, derogatory, defamatory, vulgar, pornographic, indecent, personality rights, damaging or similar nature in the nature of all kinds of financial content, legal, criminal and administrative responsibility for the content of the sender member / members are belong.
Related News