Feijóo aspires to recover the constitutionalist vote, "orphaned" in Catalonia after the PSC pact with ERC 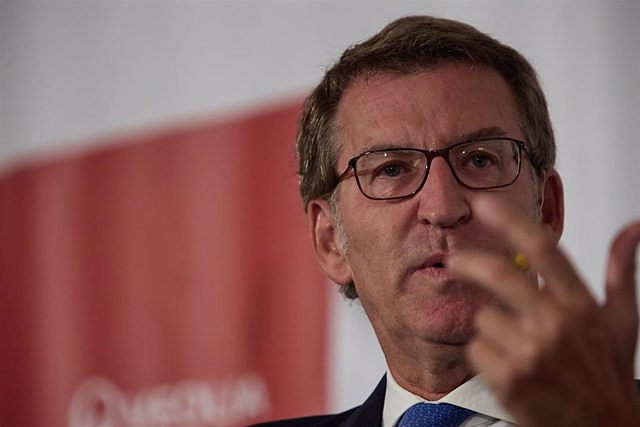 The leader of the PP, Alberto Núñez Feijóo, has recognized the importance of Catalonia "for the governability" of Spain and has made it clear that his party aspires to recover the "constitutionalist vote", which in his opinion is "orphaned" at the moment.

"Catalonia is a very important part of Spain and for the governability of Spain, there is no doubt," Feijóo asserted at an informative breakfast organized by Europa Press, acknowledging that what his party has to do is recompose itself and "have the vote constitutionalist".

That vote "is orphaned", he has valued, since it can no longer count on the PSC, which has decided to govern with ERC both at the regional and national levels, which has generated "a vacuum that the PP has to fill because we had always occupied it , until the stellar reappearance of Ciudadanos".

In the opinion of the leader of the PP, the party "has a chance" in all Catalans who feel Spanish, who although they speak Catalan also speak Spanish, who feel autonomous and Catalanist and also know that "the Constitution is the guarantee of that autonomy ".

In addition, because "the 'procés' has been a very bad deal for some Catalans who, in good faith, considered that the best approach for Catalonia was divorce and independence." "That is incompatible with the EU and with economic laws and the laws of the market," she stressed.

In the PP, he concluded, "with all the humility and determination of Catalan constitutionalism, and we are going to try to attract people to help us governability in Spain."

‹ ›
Keywords:
FeijóoERCPPPSC
Your comment has been forwarded to the administrator for approval.×
Warning! Will constitute a criminal offense, illegal, threatening, offensive, insulting and swearing, derogatory, defamatory, vulgar, pornographic, indecent, personality rights, damaging or similar nature in the nature of all kinds of financial content, legal, criminal and administrative responsibility for the content of the sender member / members are belong.
Related News