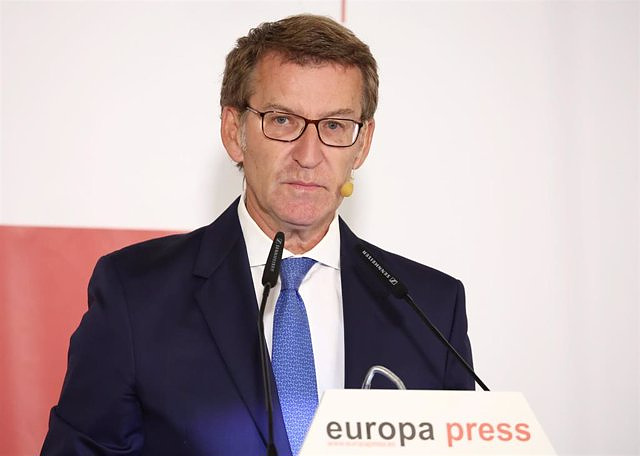 The president of the PP, Alberto Núñez Feijóo, today announced the sending to Moncloa of an energy saving plan with short and medium-term measures in which he proposes extending the VAT reduction on gas and electricity throughout the winter.

This was announced during his speech at the Europa Press Informative Breakfasts, where he explained some of the measures contained in the aforementioned plan that he will send this week to Pedro Sánchez.

Feijóo has made it clear that the PP will not act as a spectator in the face of the new errors of the Government and for this reason it will once again put proposals on the table. "This very week we will send a complete plan" to Moncloa for its "study and consideration" that will be "detailed, will be available to citizens and will include a range of measures in the short and medium term."

He then announced four of these measures. The first of them, extend the VAT reduction on gas and electricity throughout the winter. Second, exploit "all sources of electricity generation" during the crisis; as a third measure, the massive commitment to debureaucratization for the installation of renewable energies and finally, an aid plan to "temper" the prisoners of energy in electro-intensive industries in order to protect employment. At this point, Feijóo has specified that 200,000 jobs are at stake.

‹ ›
Keywords:
FeijóoEficiencia EnergéticaPP
Your comment has been forwarded to the administrator for approval.×
Warning! Will constitute a criminal offense, illegal, threatening, offensive, insulting and swearing, derogatory, defamatory, vulgar, pornographic, indecent, personality rights, damaging or similar nature in the nature of all kinds of financial content, legal, criminal and administrative responsibility for the content of the sender member / members are belong.
Related News