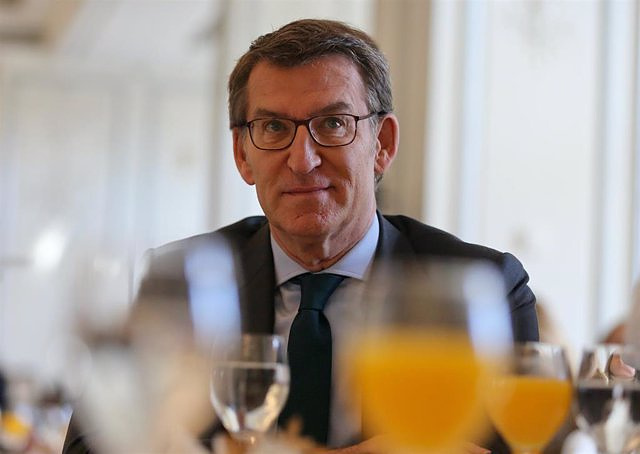 The leader of the Popular Party, Alberto Núñez Feijóo, has announced that his formation will inform the European authorities of the attempt to "control" the Government of Pedro Sánchez to the Constitutional Court because he is "concerned" about the "drift" that is taking place and that, In his opinion, he is "putting the constitutional foundations at risk" in Spain.

In statements to the media after receiving the award for best politician from Cambio 16 magazine, Feijóo indicated that the Executive's steps in appointing former minister Juan Carlos Campo and a former director of Moncloa for the TC confirm that the "only" objective de Sánchez is to "control State institutions", also citing the actions of the State Attorney General's Office, the National Intelligence Center (CNI) and the General Council of the Judiciary (CGPJ).

In fact, he has alluded to that break a month ago in the negotiations to renew the governing body of judges and has ruled that now the "majority of Spaniards is discovering why it was not possible to reach an agreement in the CGPJ". "It was not possible because the Government never gave up on politicizing Justice and the Government has never given up, on the contrary it has had an impact on the iron control of State institutions", he has added.

When asked if the PP is going to take these appointments to Europe, the head of the opposition has advanced that his party is going to "bring to the attention of the European authorities and institutions the politicization of Justice and State bodies" in Spain .

"And we are going to prove why it was not possible to advance in judicial independence and the depoliticization of Justice in the CGPJ," he added, without specifying what the concrete steps and actions his party will undertake in Brussels will be.

The head of the opposition has insisted that he is "very concerned" about what is happening in different areas and that Spain can "endure in this circus for another year." "This cannot continue. And I hope that the majority of Spaniards, many socialist voters included, say this has to end," he proclaimed.

‹ ›
Keywords:
FeijóoPPPedro SánchezTribunal Constitucional
Your comment has been forwarded to the administrator for approval.×
Warning! Will constitute a criminal offense, illegal, threatening, offensive, insulting and swearing, derogatory, defamatory, vulgar, pornographic, indecent, personality rights, damaging or similar nature in the nature of all kinds of financial content, legal, criminal and administrative responsibility for the content of the sender member / members are belong.
Related News