Federer confirms he will only play doubles at the Laver Cup 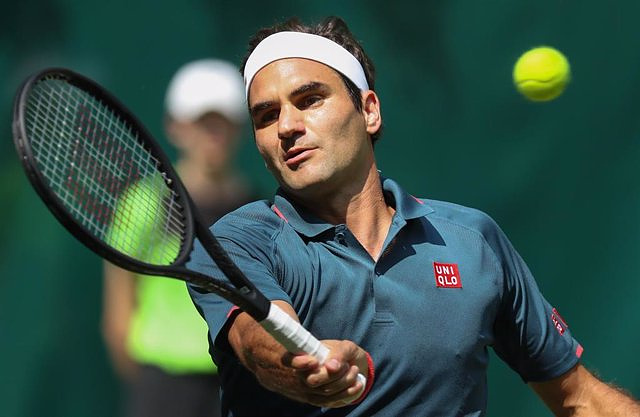 Roger Federer has confirmed this Wednesday that he will not play singles matches and that he will only play doubles at the Laver Cup, his last tournament before his retirement from tennis, which he announced last week.

"It was clear beforehand that I can't play the singles," the Swiss told his country's sda communication agency. Federer himself was the one who asked the captain of the European team, Björn Borg, to be able to play the doubles in the tournament that will be played in London between September 23 and 25.

These problems for Federer to play individual matches are what make him withdraw from the Laver Cup and not from the Basel tournament next October. "With the Laver Cup format I think I'll be able to play doubles on Friday night," he said.

Federer also told how his conversation with the Swede was. "I asked Björn Borg if he was okay with it and he told me it was a dream just to see me on a tennis court again. I'm going to give him a chance," he said.

The Swiss tennis player, winner of 20 Grand Slams and former number one in the world, was training with the Greek Stefanos Tsitsipas upon his arrival in London, and was "quite surprised" with his own "level of play".

About the knee injury that has kept him off the courts since Wimbledon 2021, Federer will not speak "probably never", because he considers it "a private matter", although it is known that he has undergone surgery at this time.

Now he will play the Laver Cup as a farewell, forming a dream team with Rafael Nadal, Novak Djokovic, Andy Murray, Stefanos Tsitsipas and Casper Ruud. It is not yet known who his doubles partner will be, but it is speculated that it could be the Balearic.

Opposite will be a world team made up of Canadian Felix Auger-Aliassime, Argentine Diego Schwartzman, Australian Alex de Miñaur and Americans Taylor Fritz, Frances Tiafoe and Jack Sock, captained by legend John McEnroe.

‹ ›
Keywords:
CUP
Your comment has been forwarded to the administrator for approval.×
Warning! Will constitute a criminal offense, illegal, threatening, offensive, insulting and swearing, derogatory, defamatory, vulgar, pornographic, indecent, personality rights, damaging or similar nature in the nature of all kinds of financial content, legal, criminal and administrative responsibility for the content of the sender member / members are belong.
Related News