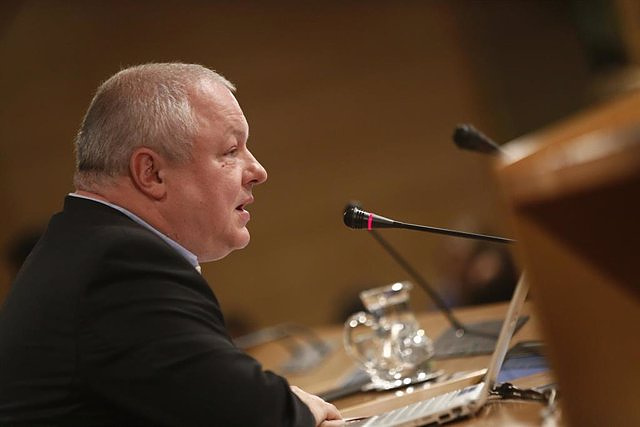 The Foundation for Applied Economics Studies (Fedea) warns in a report on regional financing that the central government, as happened in the 2009 crisis, "has chosen to excessively protect" the autonomous communities from the effects of the crisis derived from the Covid, "transferring the inevitable drop in income to later years and thus reducing the incentives to initiate the necessary adjustments".

The total volume of definitive financing received by the autonomous communities of the common regime, measured at homogeneous powers and equal fiscal effort, experienced a drop of 11,200 million euros (-9%) in 2020 compared to 2019 due to the decrease in tax revenue regional and state as a result of the health crisis, according to Fedea's analysis carried out by its director, Ángel de la Fuente.

However, the agency points out that this setback was "more than compensated" by an injection of extraordinary resources by the State for a value of 19,600 million euros, of which 4,400 million come from the cancellation this year of the negative balances of the settlement of the Autonomous Financing System (SFA) corresponding to 2020.

Although there are no definitive financing data for more recent years, Fedea points out that the resources subject to liquidation provided by the SFA "turned downward after the peak reached in 2020 thanks to a deliberately optimistic calculation of payments on account", with falls 1.8% in 2021 and 0.9% in 2022.

If the extraordinary resources that the State has transferred to the autonomous communities in recent years are taken into account, the fall is much greater. Thus, including these items, regional income from the State, calculated on a cash basis, fell by 3.5% in 2021 and 5.7% in 2022, respectively.

According to this study, the variations registered in 2020 in the relative positions of the different autonomous communities in terms of effective financing per inhabitant adjusted to homogeneous skills have generally been "insignificant" and in them an important role has been played by "the usual dance in the receiving communities of the second tranche of the Cooperation Fund".

Thus, Fedea highlights the decline in Andalusia, which lost 1.8 points of effective financing compared to 2019, and the advances in Asturias, which gained 2.9 points, and Castilla y León and Galicia, which advanced 1.9 and 1.8 points, respectively.

The case of the Balearic Islands is also noteworthy, which, despite the sharp drop in tax revenue (around nine points less), loses only half a point of total financing thanks to the compensating effect of other elements of the SFA, especially the guarantee transfer .

On the opposite side, Cantabria was the best financed region, followed by La Rioja, Extremadura, the Balearic Islands and the Canary Islands.

If the extraordinary transfers not linked to the specific spending needs caused by the pandemic are taken into account, the variations in the financing rates per adjusted inhabitant with respect to 2019 are "significantly greater".

These items, Fedea points out, "tend to worsen" the distribution of resources per adjusted inhabitant between communities, increasing the dispersion of this variable and "improving even more the best treated at the expense of those located in the lower tail of the distribution".

"The Ministry's insistence on distributing these resources with criteria that not only do not help improve the existing distribution of regional financing, but even tend to worsen it, further increasing the significant differences between the two tails of the distribution", denounces Fedea.

‹ ›
Keywords:
Financiación Autonómica
Your comment has been forwarded to the administrator for approval.×
Warning! Will constitute a criminal offense, illegal, threatening, offensive, insulting and swearing, derogatory, defamatory, vulgar, pornographic, indecent, personality rights, damaging or similar nature in the nature of all kinds of financial content, legal, criminal and administrative responsibility for the content of the sender member / members are belong.
Related News